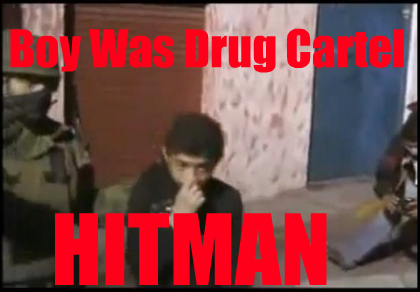 Standing by himself, Edgar Jimenez Lugo does not look very intimidating. Of course, he is only 14 years old and not many boys that age have mastered the skill or size needed to make that kind of impression. But don’t be fooled. Lugo was a hitman for a Mexican drug cartel and is accused of carrying out “at least” four beheadings. This is why Lugo is surrounded by armed soldiers wearing balaclavas. The teenager is seen as a threat and considered a participant in the Mexican drug war that has cost the lives of thousands.

Lugo, nicknamed “El Ponchis”, can be seen in a video on YouTube where he is interviewed after his arrest on December 2. In it, he says he started killing when he was just 11 years old. While cameras flash and soldiers stand next to him, Lugo calmly answers questions, showing no remorse. "I participated in four executions, but I did it drugged and under threat that if I didn't, they would kill me", the teenager claims.

The murders were allegedly committed for Julio "El Negro" Padilla, who has been fighting for control of the drug trade in the Mexican state of Morelos since the leader of the Beltran Leyva gang, Arturo Beltran Leyva, was killed 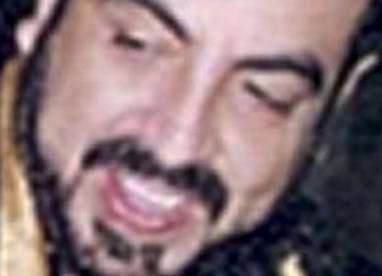 by authorities a year ago. Beltran Leyva (right) was one of the most important Cartel leaders and Mexican authorities went all out to capture him. On December 16, 2009, 200 Mexican marines, a navy helicopter, and two small army tanks tracked him down to an exclusive apartment complex in the city of Cuernavaca. The drug boss and four other Cartel members were killed in the ensuing shootout.

With their “boss of bosses” gone the Cartel descended into chaos with several factions vying for the top spot. So many members were killed that it is alleged the Cartels started using kids to participate in the fighting. Lugo told reporters he was kidnapped at the age of 11 and forced to work for the Cartel faction headed by Padilla. His sister claims she was the girlfriend of Padilla and part of a group of girls called Las Chabelas, who helped dump bodies on streets and freeways in and around Cuernavaca, the capitol city of Morelos.

It comes as a shock to see such young people involved in these horrific crimes. The reality is that this happens more and more. Matter of fact: It has been happening for decades already. Most Italian-American mob bosses started out in youth gangs. Involved in pick pocketing, robberies, and fights, they began their criminal career and honed their skills. Many of the old time mobsters were involved in murder from a very young age. But, people will argue, that was in the early twentieth century. Life was a lot harder back then. 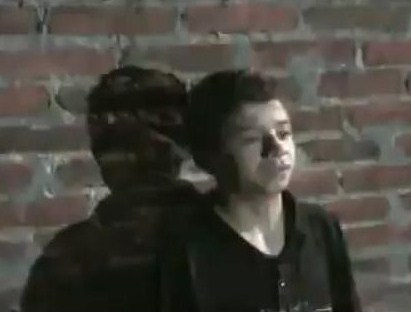 The reality is that life is always hard for a certain percentage of the population. Be it young African-Americans growing up on the drug fueled streets of Detroit or Washington, or Colombian kids trying to survive on the streets of Medellin. Surrounded by murder, drugs, and prostitution not many children manage to escape the hell they grow up in. Instead, they join the groups that ruined their neighborhood in an effort to make a better life for themselves.

Organized criminal groups such as the drug Cartels, the Italian Mafia, and African-American gangs like the Crips and Bloods, eagerly take these kids under their wing and teach them how to operate in the underworld. Not only are they the future of organized crime, they are also used because they have an age advantage: no matter what crime they commit, they cannot be tried as an adult and therefore receive a lesser sentence if convicted. A short sentence reduces the risk a member will become a witness against the group. Though laws differ in each country, and the United States does have a possibility to try juveniles as adults, most countries have no such rule. Mexico does not. So, teenage hitman Lugo (photo above, left), for instance, could be released from a youth detention center when he turns 18. Four years in prison after carrying out four beheadings for a notorious drug cartel is a deal even an adult informant can only dream of. And what kind of adult will he become when he is released at age 18?