The Israeli Mafia's brief, but violent invasion of New York 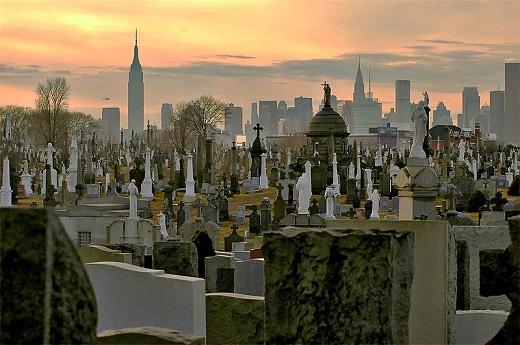 During the 1980s a small group of Israeli criminals started earning a reputation throughout New York that they were serious men, capable of deadly violence. This rep earned them their place within New York's underworld, which was ruled by the five La Cosa Nostra families, Russian gangsters, Asian Triads, as well as African-American and Latino drug gangs.

The Israeli Mafia consisted of around twenty core members. Though a small group they committed big crimes that earned them millions. Its members had worldwide criminal experience having operated, and been in prison, in Europe, South America, and Israel. During their short run they were led by the charismatic and violent Johnny Attias.

Attias had lived a life of crime since he was a young boy. He had served time in prison in at least three countries: Israel, France, and Switzerland, and received the nickname "The Crazy" for his violent temper. According to Ron Gonen, a fringe member of the Israeli Mafia who later flipped, Attias spent more time in solitary confinement than any other prisoner. As soon as he was released he would attack another inmate or a guard and be sent right back to the hole.

Attias came to New York in the summer of 1987, and immediately made his presence felt when he killed fellow Israeli, and major heroin supplier, Moussan Alyian. Alyian supplied several La Cosa Nostra members with the addictive drug who sold it to their own clients. Attias wanted to take over Alyian's heroin business, and had just taken his first step. He was importing heroin from Amsterdam and Thailand by the kilo, and had cornered most of the heroin market in Brooklyn and Queens. Together with crew members Eitan Haya and Israel Mizrachi he also smuggled three tons of hashish from Turkey to New York, making all men involved multi millionairs.

The millions did not turn Attias and his crew into more respectable criminals. Most of the crew used drugs (cocaine, heroin) and the Israeli Mafia never reached an organizational level similar to that of the Italians or Chinese. But through brute force Attias soldiered on.

Attias killed two low level Italian gangsters who were dealing heroin in Queens, which he thought of as his territory. He set up a meet, telling the two men he wanted to buy drugs. At the meeting he shot them and took the drugs. He then killed the man who arranged the drug deal as well. No loose ends.

Meanwhile the money kept flowing in. The crew stole $4 million in gold from a Diamond District jeweler. Well, the man was in on the heist so everything went ultra smooth. Attias received the largest share from the heist and bought an expensive waterfront home in Oceanside. No waterfront home is complete without a boat, so Attias bought a speedboat as well.

But by 1989 the notorious Israeli Mafia started falling apart. Tensions were brewing over Attias' more and more violent behaviour. During a nighttime poker game in the basement of a crew member Attias fired a gun at the wife of the home owner. The bullet flew past her head. When rumors about Attias being a rat started circulating as well, you knew it wouldn't be long until he would be killed in a gangland slaying.

On January 18, 1990 Attias was having dinner with his wife and several associates at the Sea Dolphin. At one point he told his companions he had to get something from his car. Outside a gunman fired several shots at Attias, who yelled "They shot me in the ass!" Two bullets had hit his ass, one of those hit several internal organs. At 1:10 AM on January 19 Attias died in the hospital.

In September 1990 authorities swooped down on what was left of the Israeli Mafia. One important, and one fringe member had already flipped, agreeing to testify in court. Johnny Attias' wife also flipped. Their testimony effectively ended the days of the Israeli Mafia in New York.