Frank Costello: Fucking rats. It's wearing me thin.
Mr. French: Francis, it's a nation of fucking rats.
- From The Departed

Last month, 127 mobsters were arrested in the biggest mafia bust in American history. It was only a matter of time before a few of them decided to say goodbye to “the life” and hello to the FBI and a new life in the witness protection program.

Jerry Capeci broke the news that Colombo captain Paul Bevacqua was “the feds’ secret weapon” against the dysfunctional crime family, as he wore a wire on his mob cronies for almost three years. The case against the Colombos leans heavily on these tapes and the testimony Bevacqua will give during upcoming trials.

Without even taking a chance at trial, Anthony Russo, another Colombo capo, has decided to “flip” as well. Russo was facing serious racketeering and murder charges that could have meant life in prison. Instead, he will now tell the FBI everything he knows about the mob family’s criminal activities, hoping to reduce his prison sentence. This will surely give Colombo boss Andrew Russo (no relation) a lot of headaches as he is rumored to have had a lot of faith in his capo “Big Anthony” Russo.

For decades, the Italian American Mafia was protected by the code of silence, or omertà. But this code has slowly but surely eroded and in the past two decades vanished altogether. Almost every large mob bust in the last three decades originated because informants were willing to collect information leading up to the takedown or were willing to become a government witness after the arrests had been made. The question isn’t if there will be Mafiosi willing to turn state’s evidence, the question is how long will it take for them to decide. 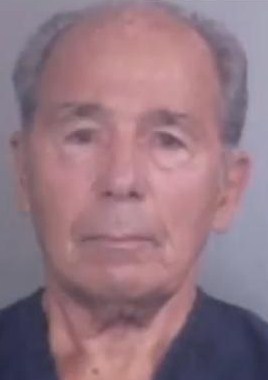 On that note, the arrest Luigi Manocchio (right) is a nice touch on the FBI’s part. Manocchio is the aging former boss of the New England Patriarca Family. This mob family is almost defunct because of the many rats that managed to eat away at its membership. But one rat in particular is responsible for crippling this once feared organization. Who am I talking about? James “Whitey” Bulger of course. The Irish mob boss who became the top dog in New England by ratting out or framing his competition. Thanks to Bulger’s dimwitted and corrupt friends in the FBI he was allowed to terrorize Boston and its surroundings while blaming a lot of it on the Italian Mafia. Director Martin Scorsese’s The Departed starring Jack Nicholson and Leonardo DiCaprio was loosely inspired on Bulger and the New England mob scene.

Bulger eventually fled and is still on the run from authorities. The Italian Mafia in New England is now a vague shadow of its former self. That is not to say the Irish mob fared any better after Bulger’s reign, many of his henchmen turned informant themselves and there is little organized crime activity left. Such is the damage informants and witnesses can do to an organized crime enterprise. Without people from inside a secretive criminal organization it would be close to impossible for law enforcement to build a strong case.

With that in mind, imagine the hurricane that will rip through the Colombo Family which has seen six of its made members become an informant in the past year alone. They are: (Acting) Captains Dino Calabro, Paul Bevacqua, Anthony Russo, and soldiers Sebastiano Saracino, Frank Saracino, and Michael Souza. One has to wonder how an already weakened crime family can recover from such a hit. Its entire administration under indictment and behind bars and a large part of its mid to lower level personnel in the witness stand testifying about its activities.

Somehow La Cosa Nostra always manages to fill up the empty spots again, but with the talent pool shrinking, the successors to imprisoned mob leaders are usually not as capable as their predecessors. Eventually these indictments cause a vicious circle that should ultimately cause the extinction of the American mob. Less capable leaders will make more mistakes or be more likely to flip and testify. Thus sending even more gangsters to prison and causing more criminal operations to be closed down.

Thanks to the RICO act and the well run witness protection program the government has the upper hand in the fight against organized crime. When a criminal decides to become an informant he knows he and his family members will be protected by the government. No matter how many harsh words mobsters utter when discussing rats, they all know that in recent times all have gone on to live out their lives in relative peace away from the mob. Former Colombo capo turned rat Anthony Russo knew. In December he told another wiseguy there was a “rat real close to us”. He added that he wanted to find the guy and “chop his head off”. If he had known the guy he was talking to was wearing a wire that same moment, he probably would have killed him on the spot. But he didn’t find out until federal agents slapped the handcuffs on him. Now Russo himself has joined the long list of mob rats.

Is there honor among thieves? Some thieves would wholeheartedly say yes. Some would lie and say yes. While others would say no. When asking about honor among thieves, one also has to ask about the rules. Criminals break every rule when it suits them. If there is a buck to be made, the rules need to be broken like a safe filled with money or a glass shopping window showcasing expensive diamonds. When gangsters are breaking every rule in the book, lying, cheating, stealing, and murdering, how can one expect such men to uphold a code of honor? A code of silence? After a life of crime, isn’t that code just another rule that is meant to be broken?

Thanks to Real Deal Forum member “Pogo the Clown” for providing his lists of mob rats.