Every Friday the 13th people will remind you that it is a day you need to be extra careful. That particular day brings bad luck. Countless of horror movies have etched that belief into our brains. Of course every now and then some people will actually have a very bad day on Friday the 13th. People like the twenty members of an organized crime group from St Petersburg, Russia who were living the good life in sunny Spain.

On that Friday the 13th of June 2008, in an operation named "Troika", hundreds of Spanish police officers raided several locations throughout Spain. Police were looking for some very rich and very feared Russian men that were said to be part of the Tambovskaya-Malyshevkaya gang that has its origin in St Petersburg and its surrounding villages.

The leader of the group is said to be Alexander Malyshev who moved to Malaga, Spain in the early 2000s. His organization was fighting a war for control of the St Petersburg underworld, and after several attempts on his life Malyshev decided he needed to find a safer place to spend his spare time. That is not to say that this kind of stress was new to him. In the past he has been charged with murders, gangsterism and illegal possession of weapons. Safe to say he had enough of the dangerous and cold life in Russia. 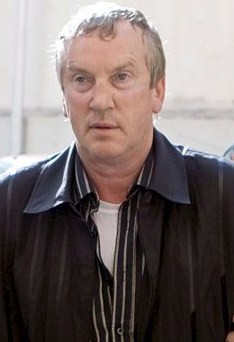 His alleged 'underboss' is Mikhail Rabo. Besides being the gang's second in command he also represented their interests in Germany from his base in Berlin. Rabo was arrested near his office in West Berlin and charged with money laundering, falsifying corporate documents and racketeering.

The third top dog of this Russian Mafia group is Gennady Petrov. Like Malyshev Petrov, too, was arrested in Spain. Petrov and Malyshev were living as kings in Spain. And Rabo was living just as luxurious in Germany, with slightly worse weather of course. He has an apartment in Halmstrasse in the prestigious living area Scharlottenburg, a chic villa in Grunevald-Trabener Strasse. He is an owner of a restaurant near Oliver Plaza, and has a casino in Poland. He is driven to most of his German residences in a limousine costing half a million euros.

Petrov owned a mansion worth €20 million, and was known to hand out €500 tips. His neighbor was the sister of King Juan Carlos of Spain. During Operation Troika $307,000 in cash and twenty-three luxury cars (Ferraris and Bentleys) were seized. Bank accounts totalling €12 million euro were frozen.

The group is alleged to have used five-hundred bank accounts to launder tens of millions euros a year. Money that was earned back in St Petersburg where the group is involved in drug dealing, the hotel and restaurant business, and had a lot of influence over banking institutions. Mikhail Rabo's wife heads the Berlin branch of a Latvian Parex Bank.

Operation Troika dealt a huge blow to the Tambovskaya-Malyshevkaya gang's operations, especially with regards to the laundering of their ill gotten gains and leadership. There is also a lot of talk about connections between these men and high placed Russian government officials. It will be interesting to see if this case will result in a huge scandal involving these so called untouchables.

The sports papers already had their top story though. Spanish authorities have recordings that allege Gennady Petrov tried to fix last season's UEFA Cup semi-final between Bayern Munich and Zenit St Petersburg by offering millions of euros as a bribe to Bayern Munich. So far this has not been proven, and it is probably an exaggeration. But it is indicative of how the enormous scope of the group's operations lends credibility to these sort of stories.