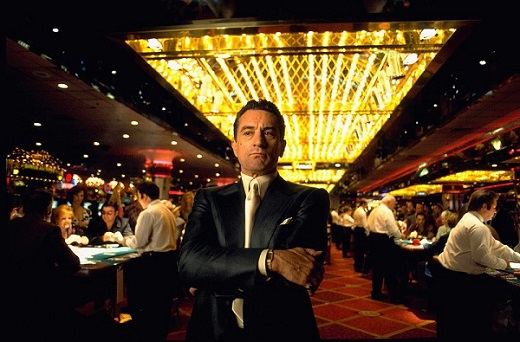 Filmmaker Joseph Alexandre’s fascination with the true story behind Martin Scorsese’s mob epic Casino started long before the movie’s release. It all began in the 1980s, while he was working at a Chicago style pizzeria and heard about “the guy,” a man who came around with his College Bowl picks. That “guy” was Frank “Lefty” Rosenthal, the Chicago Outfit associate and gambling wizard who would take Las Vegas by storm.

Below, Alexandre shares the story behind his documentary Back Home, Years Ago: The Real Casino, a long journey that took him to the streets of Chicago and Milwaukee and talked to those who were close to the fire.

For those of you itching to take a look at the documentary: The Real Casino Special Edition is available on Amazon Prime now.

Back Home Years Ago: The Real Casino, aired on WTTW, Channel 11, Chicago's PBS affiliate, on January 7 of this year. My connection to this mob material goes back to the mid to late 1980's. As you'd guess from the title, my film is about the real people who formed the basis for the Scorsese mob epic, who were originally from Chicago, as well as Milwaukee.

I spent a significant amount of time in both cities, Milwaukee because I attended Marquette University, and Chicago is where I lived after I graduated. I worked in the restaurant business in both towns and gravitated to Italian eateries because my maternal grandfather was from Povincio di Compobasso, in Molise.

I first heard of Frank “Lefty” Rosenthal (Robert DeNiro in the film) when I was working at a Chicago style pizzeria. He was never referred to by name, but was simply called “the guy.” “The guy” is coming out with his bowl picks. “The guy” knows if the quarterback is on coke, he knows about crooked zebras, doped up horses, the way the ball bounces on a certain court.

Flash forward ten years and I heard these almost exact same lines coming out of Joe Pesci's mouth in the film Casino when I first saw the film in a suburban Chicago theater. Pesci's character, Nicky Santoro, was based on a man named Tony Spilotro, who was from Chicago, and who I would learn later I had an indirect connection to.

Anyway, I decided to pick up Nicholas Pileggi's book Casino, as I had done with Wiseguy, to compare the source material with the movie. Goodfellas was one of the reasons I wanted to become a filmmaker as I was electrified by its reality. These were the kind of people I really knew from the restaurant business and was blown away by the veracity of it, as well as the South Ozone Park, Queens, Brooklyn, and Long Island locales. I'm from New York originally. In fact, my aunt lived in Rockville Centre, New York, which is where Henry Hill moved to after getting out of Lewisburg Federal Penitentiary. (“Come on Karen, where getting out of here, we’re moving” says Henry. Karen replies, “With what?” Henry retorts, “Don’t worry with what. I got things lined up with these guys! Who wants to go to uncle Paulie’s?”) They end up moving to Rockville Centre, Long Island and not long after Henry gets pinched. You could say I grew up around Wiseguys, especially ‘when I went away to college’, literally!

When I read Casino, I realized I actually knew, or knew of, many of the real people who formed the basis for the picture. It didn't register when I saw the Scorsese film because all the names had been changed due to legal purposes, but I remembered the way Pesci described “Ace” (Rosenthal) in the film. In my treatment, I explained who were the real people behind the movie characters. I was able to interview Frank Buccieri, whose brother Fiore, “FiFi” Buccieri, was the basis for the composite character Remo Gaggi, the mob's top boss in the film, and who in reality, along with his brother, was Sam Giancana's right hand man. They were the muscle.

In addition, Chicago Outfit boss Joey Auippa and Milwaukee boss Frank “The Mad Bomber” Balistrieri served as other real wiseguys who make up that composite of Remo Gaggi. Although, Balistrieri looked the most like the actor, Pasquale Cajano, playing him.

Frank Buccieri also got “Lefty” (DeNiro) his job at the Stardust casino (Tangiers in the film.) Also, I was able to interview Mike G., a good friend, whose restaurant I made a commercial for, and whose first cousin was part of Tony Spilotro's (Pesci) crew and who grew up in the same neighborhood as “Lefty” and Tony. The Grand and Ogden neighborhood in Chicago's northwest side.

Also, I spoke with a good friend whose family was close with the Spilotro family and close to Alan Dorfman (Alan King). I tried to get some friends in Milwaukee to talk about Frank Balistrieri, I had worked in several places that were ghost owned by “Uncle Frank” and started at Marquette right as the trials in Kansas City were in full swing in the mid 1980’s and knew several of his relatives. But, alas no one wanted to talk.

One old running pal of mine, is currently reputed to be the head of the Milwaukee Mob, which would clearly explain that reluctance to shoot the bull.

We left for Chicago the last weekend of January 1998 and I brought down three other guys: A camera man, a sound guy, and a friend who served as a P.A. These guys were pretty white bread and wouldn't know the difference between a made guy or a cable guy, and they would be a good barometer for what the normal audience reaction would be. 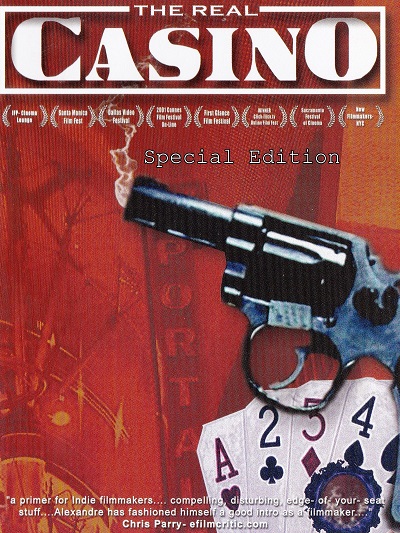 On the first night, we shot an interview with my friend Mike G. who regaled us with several mob stories about Tony Spilotro and some of the big bosses like Jackie Cerone, whom he didn't care for much. One particularly harrowing story was about Mike's cousin Leo who was part of Tony's crew and got into an argument with his brother in their father's bar, he went out to his car, got a gun, and shot his own brother. The bullet severed his spine and after living in a wheel chair for several years he finally died. Leo didn't spend a day in jail as his father was heavily connected, but when the stuff hit the fan, as documented at the end of Casino, Leo did fifteen years for Spilotro, otherwise he'd have wound up in a car trunk. After the interview, I'd asked the boys what they thought and they were definitely blown away. I knew I was on to something. We went on to the hotel where Allan Dorfman (Alan King) was gunned down and continued interviewing these friends of mine who had grown up around the film's major players.

Then, we finally got to Mr. Buccieri.

Before the interview he said, "Now Joe, I want you to understand I always tried to save guys from their own stupidity. But, if a guy was stupid I had to get rid of 'em. Capiche!" Given the fact that I had known Mr. Buccieri's daughter for a number of years it wasn't until much later that I realized this little comment was for my benefit. I must also say that Mr. B's brother was one of the most feared guys in Chicago mob history, as he was Sam Giancana's personal henchman. In fact, it's rumored that Giancana would never have been killed in 1975 if Mr. B's brother, “FiFi” Buccieri, were still alive (he died in 1973 of cancer) as the fear of his wrath was that great. Between the two brothers, they probably accounted for personally putting away more than 50 guys. That's a lot bodies in car trunks.

On the way home, we stopped in Milwaukee to shoot some footage of the east side, the Italian- American community where I worked while in school, and expound on the Milwaukee connection to the film. Alan Glick (Kevin Pollack) first approached Balistrieri for a loan from the central states teamsters pension fund in order to buy both the Fremont and Stardust casinos. Balistrieri, as well as the bosses in Chicago, Kansas City, and Cleveland really controlled the teamsters and they all conspired to skim the casino's dry.

Balistieri also had a funny connection to the film Donnie Brasco. The real FBI agent Donnie Brasco was a guy named Joe Pistone and he had infiltrated the New York mob and tried to do the same to the Milwaukee boss. He tried to convince him to go in on their night club operation in Florida, but somehow the beer city don found out that he was working for the 'Gee' and just pulled out of the deal. In essence the Milwaukee mob was even smarter than the New York mob. Go figure. Anyway, it was time to edit and as you could probably imagine this piece turned out to be a little longer than the five minutes that was first suggested when it was to be a segment on John Pierson’s show Split Screen.