The Wrong Side of Darkness: A Mafia Trilogy 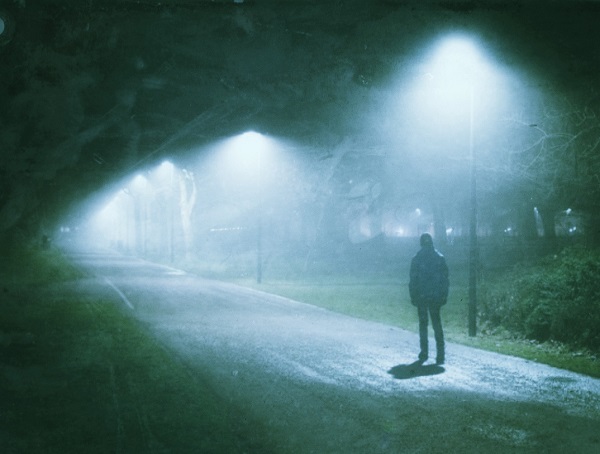 "It’s a matter of fate on which he has no influence." - Paul Tillich, The Future of Religions.

Most stories have a beginning, a middle and an end.

This one is no exception.

Beginning: In the Wrong Place

Claudio Domino’s mother owned a stationery store in Via Fattori in the San Lorenzo district of Palermo. It’s in the sticks. A nowhere kind of place. Out west up near ZEN, one of the great slums of Italy. His father worked two jobs. During the day with telecom giant, SIP, and in the evenings and weekends, he and a partner ran a commercial-cleaning business they called La Splendente,  “The Shining.”

One of their accounts was the courthouse areas used for the Mafia maxi-trial built for the occasion in Ucciardone Prison in 1985.

The day his life ended, Claudio, eleven years old, was playing on the street, near the shop his mother ran. Like thousands of kids in Palermo and across Sicily, he was soccer-mad, living his dreams, dribbling the ball, weaving past his friends, scoring a driving shot.

Claudio was older, perhaps wiser. We will never know his aspiration to be other than a famous football player. Maybe his hero was Stefano Sorrentino or Bruno Giorgi or anyone who could run like the wind, and pass like a wizard, and score a goal as though it was an act of a Greek god on loan to Palermo City.

A little boy having fun as his mother and father worked endless hours to give him a chance to reach his dream.

One Tuesday evening about nine, on October 7, 1986, a man on a red Kawasaki motor-bike ended it all. 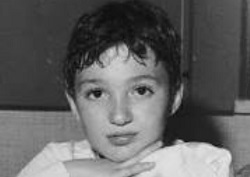 Claudio (right) is with two of his friends in front of a bar. His mother, Graziella, works late, in her shop nearby, and his father, Antonio, is out somewhere in the biggest city in Sicily, dusting and polishing.

The Kawasaki purrs up the road and stops, the rider, wearing a black helmet, waving at Claudio, calling him by name.

With the innocence and simplicity of a child, he runs across. The rider pulls out a 7.62mm semi-automatic pistol, points it at Claudio, and then shoots him once, in his right eye. As his little body crumples to the roadway, the rider revs up and disappears into history.

A child brutally murdered. The killer gone. Palermo in an uproar. And in the background, the biggest, most far-reaching Mafia trial in history is taking place.

The police pour into San Lorenzo like a blue tsunami. There are cops everywhere.

The Mafia chiefs are in prison going through a legal process that takes almost two years. The lawless streets are hard to police at the best of times. In a place where it’s sometimes easier to fall off the edge than step back, now, it’s pretty much chaos. Where violence exists in an almost permanent state of being, like the scent of oranges and lemons filling the air, this murder will stun even the most hard-nosed and cynical.

The Flying Squad and the Carabinieri military police scramble to find a reason, and the killer.  One early lead looks promising: Investigators come to wonder if Claudio’s father was an unwilling connection because of his commercial- cleaning business.

Earlier in the year, a stranger wanting to access the courthouse building, where the Mafia trial is underway, had approached him, using La Splendente as a cover. Antonio had rejected and dismissed the man, thinking no more of it. Although the police chased this for weeks, it led nowhere.

Dark rumors circulated that Claudio's mother had been having an affair with the man who ran the bar and chicken-rotisserie close to her stationery shop, and the boy had realized this and silenced.

Salvatore Graffagnino was a man in his early 50s, with two sons Gabriele and Giuseppe. He lived three miles north of Via Fattori on Piazza San Lorenzo, and the locals police knew him as a low-level drug dealer and petty criminal.

Another story circulating showed Claudio had witnessed a kidnapping and then killed to protect the villains involved.

Towards the end of December, Graffagnino disappears forever. To the veteran detectives working the case, it’s a zinger, as they referred to a major clue. It would be some years into the future before they confirm their hypothesis as the likely truth.

Cosa Nostra had struggled through the post-war years as an impoverished criminality. The heroin trade nudged it into a growth cycle which then zoomed beyond belief as the great sack of Palermo began in the early 1960s. Construction became the mother lode, the source of endless wealth for soldiers, captains and the Capi who headed the clans across the province.

Unfortunately, the drugs stayed socially well past their use-by date, sundering Sicily’s population into addicts and suppliers while the “good people” looked on in horror and amazement.

As so many times before, it’s a Mafia turncoat's testimony that leads investigators into the badlands.

There were at least five pentiti, Mafia informants, who over the years, disclose why Claudio died that night. Perhaps the most plausible explanation comes from Giovan Battista Ferrante, a soldier in the San Lorenzo family. A fourth generation Mafioso, he had murdered dozens of people on behalf of his boss or bosses, including a mayor, two judges and a senior police officer.

If anyone knows it is him, as he admitted murdering Graffagnino.

According to his statement, the big boss himself, Salvatore Riina, had set up an investigation into the killing, supervised by one of his closest aides, Giovanni Brusca. No altruism or benevolence generating here. For Riina, it was a matter of principle. No one could order a killing if it was in any way related to Cosa Nostra, without the approval of the Commission, or ruling body of the clans on the island. And he was the chairman of the board.

The conclusion is self-evident. Drug dealing in San Lorenzo came under Mafia control and protection as it did across all the districts and neighborhoods within the metropolitan area which had a Mafia clan.

Twenty-eight year old Ferrante appointed head of a squad to find the murderer of the child, did his job well. One of the most infamous killers in an organization that bred them like rabbits, when questioned, years later,  he claimed that the abduction and murder of Graffagnino and the actual shooter, a drug addict hired for the job, was what Cosa Nostra called a “pedagogical assassination.” They were teaching the underworld “Don’t mess with us.”

Taken to a disused warehouse, they kill the two men after they confess to the murder. It’s rumored the Mafia took Antonio to see the bodies, then told him to go home and get on with his life. In a radio interview broadcast in 2017, he spoke of the massive indignation of Palermo to the murder, which too soon disappeared, leaving a black hole for him and his wife.

The triggering of Claudio’s murder happens in August when he accidentally stumbles across two dealers, Serge Di Fiore and Paolo Salerno, diluting heroin into street-bags, working in a warehouse near his mother’s shop. Somehow connected to Giuseppe Graffagnino, these two disappear later. The young Graffagnino lives another day.

The murder of Claudio Domino is a cold-case. No one really knows. There is no evidence in tangible form. No bodies, no DNA, no traditional clue trail. There has been no indictment or trial. Everything is hearsay.

Three months after the murder, on March 26, 1987, Francesco Accordino, head of Palermo’s Flying Squad homicide unit, raids the bar in Via Fattori. He finds a collection of fifty 7.65mm cartridges in a drawer, and arrests Gabriele Graffagnino. He eventually serves three months in prison. Fourteen years later, he and his brother vanish in 1991. Lupara Bianca. Like their father, disappeared. 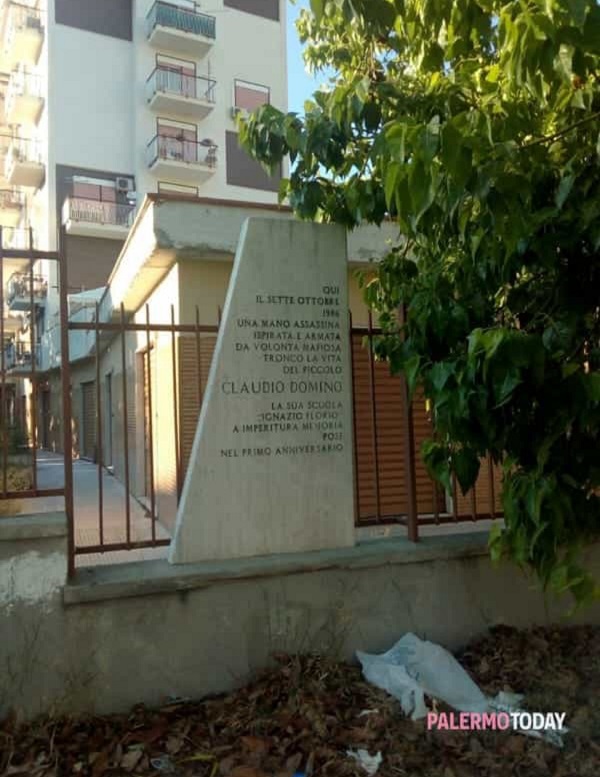 Today, the city now calls the street where the child died Via Claudio Domino, and there is a plaque on a fence, under a tree to mark the spot where the murder happened. It’s a concrete slab that bears a minimum inscription, although it refers to his killer as a man of the Mafia. The bar and the stationery shop are long gone, replaced by a block of apartments. His parents have been on a crusade for justice, even longer than Vincenzo Agostino. His son- and daughter-in-law shot dead by Mafia gunmen in 1989.

In a culture where forgiveness and divine judgment are as rare as snow in August, they may wait forever. Sicily takes no prisoners. The death of this adolescent boy in the sunrise of his life, is the first chapter in a narrative filled with shadows weaving their way through a story in search of something that is almost impossible to discover: The truth. 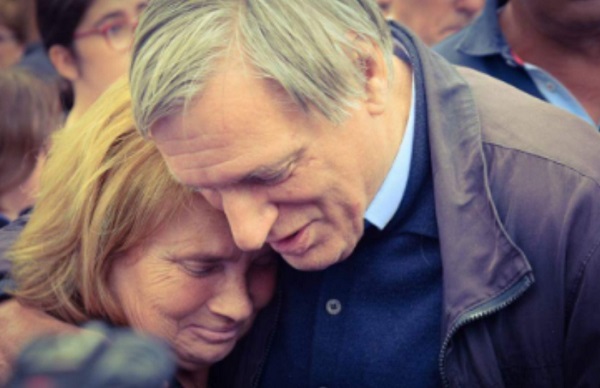 It will not get any easier as the story progresses.

Continue reading: Middle of the story: An Anger of Kings