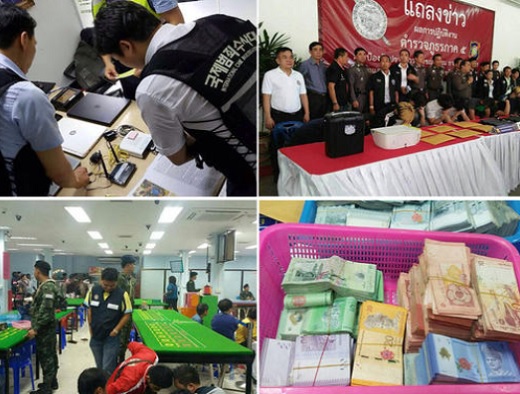 Talk about foul play. Two separate operations against illegal gambling led by INTERPOL resulted in the arrest of over 4,100 people the seizure of $13.6 million dollars during the Euro 2016 football tournament this summer.

“The number of seizures is the highest and most significant amongst similar operations in recent years,” said Chief Superintendent Chan Lok-wing, Head of Hong Kong Police Force's Organized Crime and Triad Bureau (OCTB) and current Chairman of the Asia - Pacific Expert Group on Organized Crime. “The SOGA operations are important for tackling not just illegal gambling, but also the organized networks behind this and other types of crime.”

Computers and mobile phones seized in both operations will be analyzed to identify the potential involvement of other individuals and networks across the Asian region and beyond.

“The successes of Operations SOGA and Aces would not have been achieved without global information sharing and the significant efforts by the law enforcement authorities on the ground,” he added.

To date, the combined six SOGA operations have resulted in more than 12,500 arrests, the seizure of around $53 million in cash and the closure of more than 3,400 illegal gambling dens which handled almost $6.4 billion worth of bets.