Looks can be deceiving. Never was that more true than for the following four gangsters. When looking at them, one doesn’t see a bunch of tough guys. One doesn’t get the idea he’s looking at murderers. Yet, these men were all just that: Stone cold gangsters who instilled fear and respect among even the scariest of men. This, despite the fact that they kinda looked like sissies. 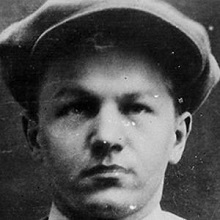 Don’t let his baby face fool you. Infamous bank robber Lester Joseph Gillis, better known as Baby Face Nelson, was the personification of terror. At the age of 12, he was sentenced to a year in state reformatory for a crime Vice President Dick Cheney received zero jail time for - he shot a friend in the jaw with a pistol he had found.

When he got out he quickly established himself as a man of violent action, leading his own gang of armed bank robbers. It was after one particular daring caper where he stole the jewelry of the wife of Chicago mayor Bill Thompson, that he received his nickname. “He had a baby face,” she told police about Nelson’s uncharacteristic appearance. “He was good looking, hardly more than a boy, had dark hair and was wearing a gray topcoat and a brown felt hat, turned down brim.”

From that point on the press had a field day with the nickname. Meanwhile, Nelson hated it! And his associates knew better than to call him that to his face.

Behind the baby face lay a true beast. Nelson faced every man, every threat head on, whether they were gangsters or the law didn’t matter to him. During his days he was involved in a couple of brutal shootouts with police and FBI agents, resulting in the death of several agents.

It was also how he himself would come to meet his maker.

As he was branded Public Enemy Number One, he was a hunted man. On November 27, 1934, Nelson, his wife Helen, and his associate John Paul Chase picked up a tail from the FBI in the town of Barrington, near Chicago. After a short chase, the two camps were picketed across from each other hurling bullets.

During the shootout Nelson was hit a total of nine times, including in his abdomen and legs, but kept coming forward, firing shots at the agents and eventually killing them both. The three then escaped to a safe house where Nelson succumbed to his gunshot wounds with his wife by his side. He was 25. Still sporting the baby face that hid his true colors. 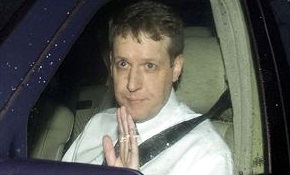 Paul Ferris looks like a clean-cut British accountant. No steel jawline, no muscle showing through his suit, just a diminutive man from Glasgow, Scotland, trying to get to his work. If he’d sit in the train next to you, he’d be just one of many commuters en route to a shitty job where he gets yelled at by his boss for spending too much time at the watercooler discussing Game of Thrones.

But Ferris is not that type of guy. One doesn’t yell at Paul Ferris. Well, some did. A long time ago. But they paid for it. As a kid Ferris was brutalized by the Welshes, a local family of thugs. The Welsh brothers were a notorious presence in the Glasgow neighborhood where Ferris grew up, accused of being involved in various crimes.

The brothers bullied Ferris mercilessly. It got so bad that the young boy developed the skin disorder psoriasis, which causes patches of abnormal skin that itches and becomes scaly.

At one point, though, Ferris had enough. Something in him had awoken and the time had come to unleash it on the Welsh brothers. Armed with a knife – the weapon of choice in Glasgow – Ferris went on a rampage. He slashed the throat of one brother and literally scalped another.

His vengeance never stopped, but as his war against the Welsh family continued he got the attention of Glasgow crime boss Arthur Thompson Sr. who recruited the teenager as an enforcer. It would be the start of a rocky career in organized crime. Thompson Sr. and Ferris eventually had a falling out after Ferris was caught with heroin at Thompson Sr.’s vacation home. Ferris felt he had been set up by the old-school crime boss.

Though he was found not guilty of the drug charge, he still spent 18 months behind bars. When he was released, both men were at each other’s throats.

Things escalated after Thompson’s son, Arthur Jr., known on the streets as “Fat Boy,” was shot to death outside his home in August of 1991. Ferris was arrested immediately after the killing, while two of his close friends were found shot to death on the day of Thompson Jr.’s funeral. The hearse actually passed by the car containing the two dead men.

Ferris was in deep shit. He faced drug and murder charges and had the city’s biggest crime lord on his ass for the murder of his son. Things weren’t looking good. Especially when crime boss Arthur Thompson took the witness stand and accused Ferris of gunning down his son. But after the longest and most expensive trial in Scottish legal history – at that time - Ferris was acquitted of all charges.

Back on the streets, Ferris got involved in the security firm business. Though it was a shady business, it did make sense. Given all the attention and Ferris’ reputation who would be dumb enough to fuck with him? Even if he looks like a harmless extra from a British sitcom like Fawlty Towers or Mr. Bean. 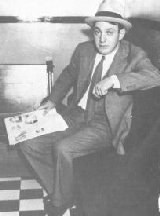 What Schultz lacked in rugged appearance, he made up for with gigantic balls and a ferocious temper. Born Arthur Flegenheimer, Schultz got his start robbing crap games and smuggling beer during Prohibition, first as a driver and later as the man in charge of it all.

As a boss it was pretty clear what Schultz wanted: Everything. After becoming a multi-millionaire countless times over during the years where booze flowed through illegal channels, he was not yet content and kept his eyes open for new business opportunities.

When the Volstead Act was repealed and alcohol was legal once again, Schultz set his sights on the Harlem numbers racket. The numbers game was simple and highly lucrative. Players chose three numbers, which were then picked from the last number before the decimal in the handle at the racetrack. Everyone could play, and everyone could win big!

But the biggest winner was Schultz after he had an associate of his fix the game. Schultz was explained that he himself could fix the numbers in his favor by making a certain bet at the racetrack in the final minute. This way, Schultz could control which numbers would hit in advance guaranteeing enormous profits. 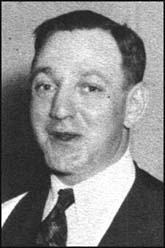 By then Dutch Schultz was the odd man out in a New York dominated by La Cosa Nostra, the five Italian-American Mafia families. Though his was a large and powerful organization he was no match for the Italians. Unbeknownst to the young crime boss he had become somewhat of a relic. Gone were the days of the volatile Al Capone and the Midwestern bank robbers. The Mafia had put the words “organized” and “crime” together and ran a tight ship. All of a sudden a Commission made up of all the Mafia families controlled organized crime in the city and decided who was gonna get clipped.

Schultz was having none of it. Like all men on this list, Schultz was not one to push around.

U.S. Attorney Thomas Dewey had not gotten that memo, however, and aggressively tried to convict Schultz on tax evasion charges. With heat from law enforcement intensifying, Schultz was painted into a corner. He cut the salary of his men to cover his legal costs and had to move parts of his operations due to increased scrutiny from police.

Enough was enough. Schultz went before the Commission and asked the bosses permission to murder Dewey. They voted against whacking the U.S. Attorney for fear of a law enforcement crackdown, leaving Schultz outraged and isolated. As he left the meeting angry and upset, the bosses decided he had become a major threat to not only their livelihood but their lives as well.

He had to be killed.

A Murder Inc. hit team was dispatched and handled the job. On the evening of October 23, 1935, Dutch Schultz was shot at the Palace Chophouse at 12 East Park Street in Newark, New Jersey. Three of his associates were also shot. All four men later died at the hospital.

Looking at photos of Carmine Persico in his younger days one can be forgiven if he thinks he’s looking at a cast photo of Revenge of the Nerds. Persico looks a little bit like comedian Jerry Seinfeld even. He certainly does not look like a man who allegedly committed his first murder at the age of 17. Nor does he look like a man who took on the infamous crew led by “Crazy Joe” Gallo.

Yet that’s the kind of guy Persico is. Stories about his criminal deeds and acts of sheer guts are legendary on the streets of New York. When mobster Joseph Gallo decided to take on his boss Joseph Profaci and the entire crime family, Persico was right there beside him. He gave zero fucks, as kids nowadays would say.

So little fucks even, that he changed sides halfway through the war. After fighting by the side of brothers Joseph, Albert, and Lawrence Gallo, Persico made it very clear which side he belonged to when on August 12, 1961, Persico tried to strangle Lawrence with a garrote. He would’ve succeeded too if it hadn’t been for a cop entering the bar at that exact moment.

The incident earned Persico the notorious nickname The Snake, for his betrayal of the Gallo crew, and Hollywood fame as the hit attempt was used as inspiration for scenes in The Godfather films. 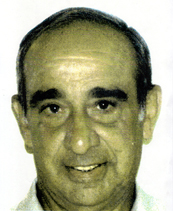 Besides the nickname, the Gallos had more in store for their former crew member. Two years later, the Gallos ambushed Persico while he sat in his car. The Snake was hit in the face, hand, and shoulder, but in true bad-ass fashion, he spat out the bullet that hit his face and drove himself to the hospital.

In the decades that followed, the scrawny nerd took control of the Colombo crime family, holding on to power despite spending most of those years in prison. In 1986, Persico and other mob leaders were found guilty in the landmark Commission trial, targeting the Mafia’s leadership. Persico received a 100-year prison sentence.

To this day, he remains the undisputed boss of the Colombo family. Diminutive and elderly as he may be, the days that people underestimated him because he looked like a wimp are long gone.

As we have come to an end of this list, we have only one quote to conclude this piece with:

“Never judge a book by its cover.”