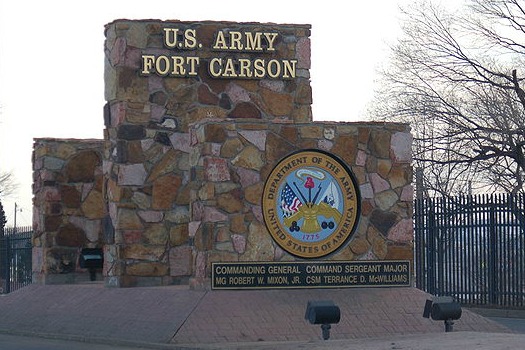 Two US Army soldiers are among six men charged with running a drug trafficking ring and offering their services as a murder-for-hire team to undercover DEA agents posing as members of the Mexican Los Zetas drug cartel.

The Los Zetas drug cartel is infamous for its ultraviolent ways in a Mexican underworld that is already known for its vicious cartels and gangs that paint entire cities red with blood. Comprised of rogue members of an elite unit of the Mexican army, Los Zetas started out as an enforcement wing of the Gulf Cartel. In 2010, they left the Gulf Cartel and went into business for themselves. 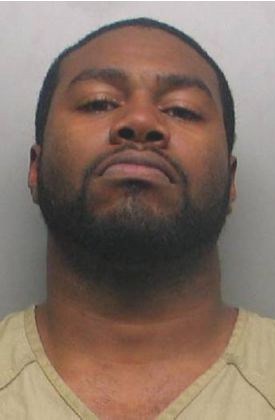 The same can be said about the two US Army soldiers who were arrested last week by the DEA. Kevin Corley (29) and Samuel Walker (28) were selling the expertise they picked up during their time in the US military to the highest bidder and had no qualms about using it for illegal activities. Not even if it meant dealing with a group as notorious as the Los Zetas drug cartel.

First Lieutenant Corley (right) was discharged from the Army earlier this month, while Walker is assigned to the 4th Brigade Combat Team of the 4th Infantry Division at Fort Carson, a unit that Corley served with before his discharge. Both men are thus well trained in military tactics and capable of actions that could prove deadly for their targets.

The two soldiers were introduced to the DEA agents posing as members of Los Zetas by Marcus Mickle (20) and Calvin Epps (26) who tried to organize a shipment of marijuana in return for stolen weapons. According to the press release: “As they began discussions about the distribution of marijuana in the Columbia, S.C., area, Mickle and Epps allegedly told undercover agents about a friend in the military who could provide military weapons to them. The agents were later introduced to Corley who allegedly identified himself as an active duty officer in the Army responsible for training soldiers. He offered to provide tactical training for cartel members and to purchase weapons for the cartel under his name.”

The press release continues: “Over the next several months, Corley continued to communicate with undercover agents regarding the services he could provide the cartel as a result of the training, experience and access to information and equipment afforded him as an active duty soldier. According to the criminal complaint, Corley allegedly mailed an Army tactics battle book to the agents, thoroughly explained military tactics and told undercover agents he could train forty cartel members in two weeks.”

With such an enthusiastic soldier at their disposal, the DEA agents decided to up the ante. “On Jan. 7, 2012, Corley traveled to Laredo and met with undercover agents at which time the agents inquired about his ability to perform "wet work," allegedly understood to mean murder-for-hire, specifically, whether he could provide a team to raid a ranch were 20 kilograms of stolen cocaine were being kept by rival cartel members. Corley confirmed he would conduct the contract killing with a small team, at a minimum comprised of himself and another person who he described as an active duty soldier with whom he had already consulted. According to the complaint, Corley ultimately agreed to $50,000 and five kilograms of cocaine to perform the contract killing and retrieve the 20 kilograms of cocaine and offered to refund the money if the victim survived.”

Always eager to make a good impression on his criminal employers Corley further offered to provide security for Mickle and Epps’ purchase of 500 pounds of marijuana for transport from Texas to South Carolina. He traveled with them to Laredo, where they loaded the marijuana into a tractor trailer and attempted to escort it back to South Carolina. However, the tractor-trailer carrying the load was stopped and seized in La Salle County, Texas, on Jan. 14, 2012. But business continued, the DEA claims. “Corley allegedly arranged for 300 pounds of marijuana to be delivered to Mario Corley in Charleston, S.C., and allegedly assisted in brokering 500 pounds of marijuana and five kilograms of cocaine for Mickle and Epps and discussed the distribution of these narcotics in South Carolina, Texas and Colorado.” 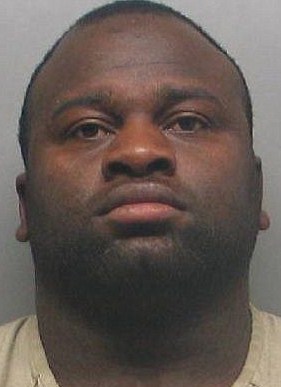 "On March 5, 2012, Corley delivered two AR-15 assault rifles with scopes, an airsoft assault rifle, five allegedly stolen ballistic vests and other miscellaneous equipment to an undercover agent in Colorado Springs, Colo., in exchange for $10,000. At the meeting, Corley and the undercover agent allegedly again discussed the contract killing and the retrieval of the cocaine which was to occur on March 24, 2012. Corley allegedly stated he had purchased a new Ka-Bar knife to carve a “Z” into the victim’s chest and was planning on buying a hatchet to dismember the body."

Corley, Walker (right), and Davis traveled to Laredo and met with undercover agents to discuss the location of the intended victim, the logistics of performing the contract kill and their respective roles. The three were arrested, during which time a fourth suspect, Kevin Corley’s cousin Jerome, was shot and killed. A subsequent search of the vehicle in which Corley and the other co-conspirators arrived revealed two semi-automatic rifles with scopes, one bolt-action rifle with a scope and bipod, one hatchet, one Ka-Bar knife, one bag of .223 caliber ammunition and one box of .300 caliber ammunition.

The men are charged with conspiracy to possess with the intent to distribute more than five kilograms of cocaine which carries a possible punishment of a minimum of 10 years and up to life in prison and/or a $10 million fine; use of a firearm in furtherance of a drug trafficking or violent crime which could result in up to 10 years in prison served consecutively to any other prison term imposed. Those charged in the indictment for conspiracy and possession with intent to distribute more than 100 kilograms of marijuana, including Corley, Mickle and Epps, also face 5 to 40 years in prison if convicted.