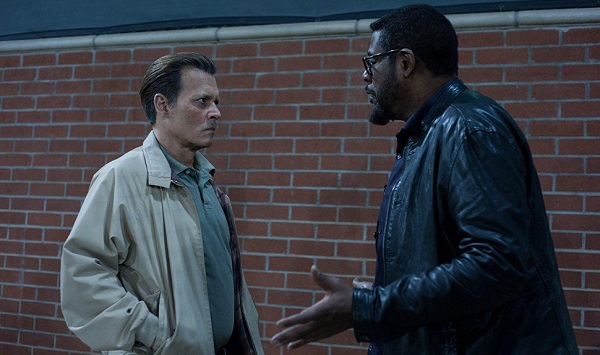 Who killed legendary rapper Notorious B.I.G.? His murder occurred in 1997, but no arrest has been made and though the investigation remains open it’s at a standstill. Just like the investigation into the killing of his hip hop rival 2Pac.

Two rap stars killed in their prime. One in Las Vegas, the other in Los Angeles. Rumors and speculation surround both killings, giving room to plenty of conspiracy theories. One such theory is now the basis for the movie City of Lies, about the murder of Christopher Wallace, known as Biggie Smalls.

Based on the 2002 book Labyrinth by acclaimed journalist Randall Sullivan, the film shows Forest Whitaker as Jackson, a journalist who resembles Sullivan, as he interviews LAPD detective Russell Poole, played by Johnny Depp.

Poole is convinced corruption within the LAPD is at the core of B.I.G.’s death and even believes the department teamed up with Death Row Records CEO Suge Knight in orchestrating the deaths of two of music’s brightest stars.