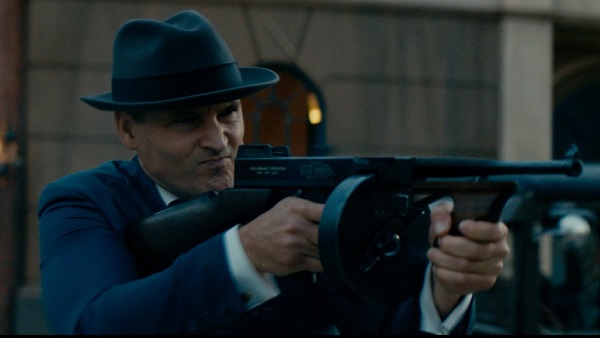 Chicago mob boss Al Capone’s story never gets boring. It has been told in many ways and through the eyes of various of his associates and enemies. In Gangster Land, we get to see Capone through the eyes of his infamous hitman “Machine Gun” Jack McGurn.

The movie stars Milo Gibson, the son of troubled Hollywood superstar Mel Gibson, as Capone as he leads his troops during the gang wars of Prohibition-era Chicago. He is joined by fellow cast members Sean Faris (Never Back Down, Pearl Harbor), Jamie-Lynn Sigler (The Sopranos) and Peter Facinelli (The Twilight Saga).

Gangster Land is scheduled to hit theaters in the United States in December.

You can watch the trailer below: