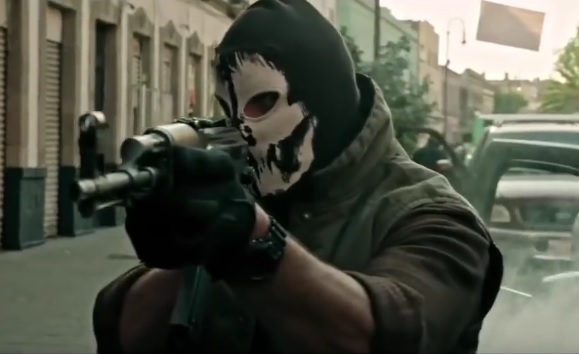 In the war on drugs things only get dirtier and grittier. The billions of dollars made from narcotics cause massive corruption and lawlessness, thousands of deaths and even more bloodshed. In Sicario 2: Soldado, filmmakers explore how far authorities will go in their quest to eliminate a problem that is only growing bigger as time passes.

In this sequel we see the return of Black Ops federal agent Matt Graver, played by Josh Brolin, and Alejandro, the mysterious hitman Graver uses to go deep behind enemy lines, played by Benicio Del Toro.

They are called back into action as the situation on the U.S.-Mexican border has taken a turn for the worse, as cartels have expanded their operations from drugs, money, and guns into smuggling terrorists across the border.

“You want to see this thing through?” Graver asks the politicians requesting his help. “I’m gonna have to go… dirty.”

As viewers of the first Sicario know all too well, Graver likes to get dirty. Back then he rolled into Mexico with Special Forces guys from the elite Delta Force. With terrorists entering the threat, that means we are in for one hell of a war in Sicario 2: Soldado.

How much of a war? As Graves says: “No rules this time.”

Watch the trailer for Sicario 2 below: