VIDEO: The Day I Met El Chapo, actress Kate del Castillo about her and Sean Penn’s meeting with drug lord 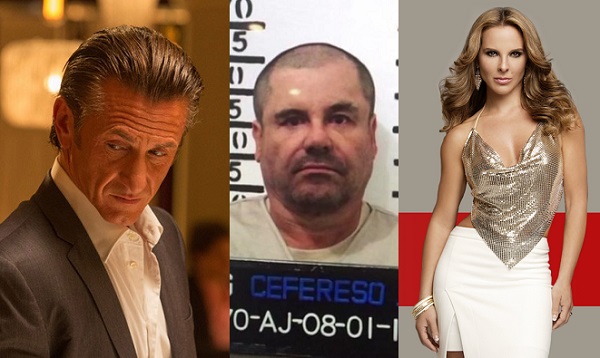 It was a meeting plastered across front pages of newspapers and aired on primetime news shows around the world. When Mexican actress Kate del Castillo and Hollywood superstar Sean Penn met with most wanted drug lord Joaquin “El Chapo” Guzman the world gasped for breath. What the…

In a three-part Netflix documentary series, Kate del Castillo will tell her side of the story on how this came about and what role everyone played in this elaborate real-life play, which ultimately proved to be El Chapo’s downfall.

Two years ago, Sean Penn wrote an article detailing his point of view on the meeting, which was published by Rolling Stone magazine a day after the fugitive drug kingpin was arrested by Mexican authorities.

Penn apparently fears Del Castillo paints him as the one who endangered Guzman by contacting the Department of Justice about his upcoming meeting with the drug boss. Mark Fabiani, a spokesman for Penn sent out an email to media outlets in which he wrote: “It is reprehensible that, in their ongoing, relentless efforts to gain additional attention and publicity, Ms. del Castillo and her team (who have zero firsthand knowledge) have sought to create this profoundly false, foolish, and reckless narrative. The notion that Mr. Penn or anyone on his behalf alerted D.O.J. to the trip is a complete fabrication and bald-faced lie. It never happened, nor would there have been any reason for it to have happened.”

David Broome, who produced the series, denies any such claims are in the documentary, telling The New York Times that, “We never say in this documentary that Sean Penn is in cahoots with the D.O.J.”

Furthermore, in a statement to the media, Netflix said: “Penn was given the opportunity on multiple occasions to participate in ‘The Day I Met El Chapo’ and did not do so. […] The only new ground we’re breaking with this series is to give Kate a chance to finally tell her side of this stranger-than-fiction story.”

Interested? Then check out the trailer below or binge-watch the series on Netflix: