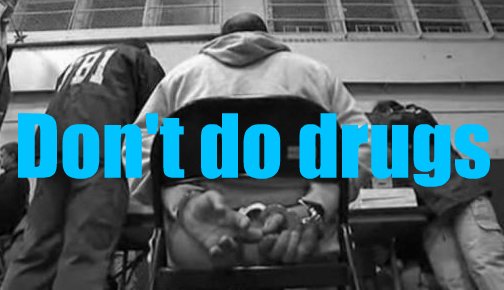 Five members and associates of the Gambino Crime Family pleaded guilty in New York yesterday to a host of crimes including racketeering, drug trafficking, extortion, gambling and murder conspiracy. The five Gambinos were part of the big nation wide mob bust that went down in January of 2011.

Vincenzo Frogiero is the only “made” mafia member of the five that pled guilty yesterday. As a soldier in the Gambino crew led by capo Louis Mastrangelo he worked closely with Gambino associate and fellow crew member Todd LaBarca. The two men were also involved in various schemes with Gambino associates John Brancaccio, Christopher Reynolds, and Sean Dunn, who were part of the crew led by capo Alphonse Trucchio (right).

The mobsters were involved in a wide variety of mob rackets. Trucchio was one of the Gambino family’s biggest players in the drug business. From the late 1980s through 2010, he and others oversaw the family’s large-scale narcotics distribution operations, which were primarily located in Queens, New York. Numerous drug suppliers, wholesalers, and street dealers operated under the authority and protection of the Gambino family in exchange for paying the family a portion of their profits.

Over the years, the crew distributed hundreds of kilograms of cocaine and marijuana, and thousands of ecstasy and vicodin pills, all of which generated millions of dollars in illegal proceeds for the Gambino family. LaBarca, Brancaccio, Reynolds, and Dunn all plead guilty to drug trafficking.

Where there are drugs, there is murder. Todd LaBarca was running an extremely successful and profitable multi-million marijuana trafficking operation. He and other Gambino mobsters imported hundreds of kilograms of high-potency marijuana from Canada into the New York City area.

In 2001, Martin Bosshart, an associate who was involved in the drug business with various members of Trucchio’s crew, began making efforts to exclude Michael Roccaforte, an associate of LaBarca, from the marijuana importation operation. In an effort to prevent Bosshart from taking over for Michael Roccaforte and from moving in on the marijuana importation business, LaBarca plotted with other Gambino family mobsters to murder Bosshart.

On the night of January 2, 2002, LaBarca and others lured Bosshart to an isolated location in Queens, New York. There, another Gambino family associate shot him in the back of the head at point-blank range, killing him. Bosshart’s body was recovered at the scene, and LaBarca’s guilty plea in this case is the first conviction of any individual in connection with this murder.

LaBarca, Brancaccio, and Reynolds also pled guilty for their roles in extorting payments from various businesses’ owners and individuals based in New York City through the use of violence and threats. In one instance, LaBarca, Brancaccio, and others threatened a small business owner with guns and threats of death in an effort to extort tens of thousands of dollars. The two also pled guilty to committing assaults for the Gambino family.

Manhattan U.S. Attorney Preet Bharara said: “For more than a decade, the vicious murder of Martin Bosshart in a mafia turf battle went unsolved. With today’s guilty plea of Todd LaBarca, one of the responsible parties will be held to account. The laundry list of illegal conduct to which LaBarca and these four other defendants pled serves as a reminder of the scourge that is organized crime and that our efforts to root it out will continue unabated.”