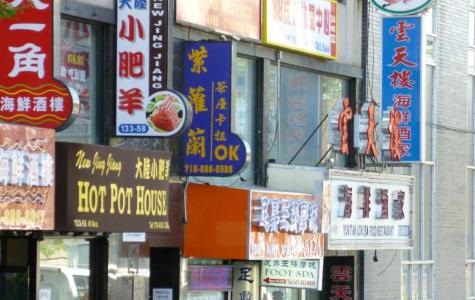 Eight members and associates of the Zheng Organization were charged with crimes including racketeering, narcotics trafficking, extortion offenses, illegal gambling, and soliciting assaults on Tuesday. Qian “Cash” Zheng, the gang’s leader, faces a maximum sentence of 164 years in prison if convicted.

Zheng’s organization was based in and around the Sunset Park neighborhood of Brooklyn and the Flushing neighborhood of Queens, both known as local Chinatowns. Authorities allege that its members participated in a variety of crimes to enhance the gang’s influence and wealth.

According to the indictment, in August 2013, Qian Zheng hired two individuals to assault a man and a woman. He sought to have one of the victim’s leg broken and the other victim’s face scarred.

A few months later, in October 2013, gang members Billy Chen (42) and Jiayo Jiang (45) extorted a man. Later, Zheng joined in on the scheme and hired two individuals to carry out the extortion and instructed them to beat the man and fire shots into his restaurant so that he would pay an alleged debt.

A year later, Zheng and fellow gang member Guifu Gao (35) solicited the assault of another man. Gao made clear that this one needed to be crippled and that he should be beaten until he was half dead. Zheng similarly instructed those hired to carry out the beating to beat the man severely.

The violent collections continued as, on May 28, 2015, Zheng sent his underlings, including Xin Lin, Kai Huan Huang, and Xue Jiang Gao, to collect money from a man at his gambling parlor. When he insisted that he did not owe any money, Lin, Huang, and Jiang Gao beat him with their fists and wooden stools, breaking a bone in the man’s hand.

44-year-old crime boss Zheng and his cronies also profited by narcotics trafficking and illegal gambling. All face decades behind bars if found guilty.

“For years, Zheng and his associates committed violent acts to make money, protect their territory, and as retribution for perceived slights. Violent gangs are a blight on our neighborhoods, and we will do all in our power to prevent them from casting a shadow of violence over our streets,” stated United States Attorney Robert L. Capers.

“The Zheng Organization used violence and an array of criminal activities to enhance their power and protect their territory. It’s gang related activity like this that infects our communities with an illness that kills our neighborhoods’ safety and growth. However, there is an antidote to this that is made of law enforcement working at both the federal and local level to get gangs like this off the street,” said Assistant Director-in-Charge, Diego Rodriguez.