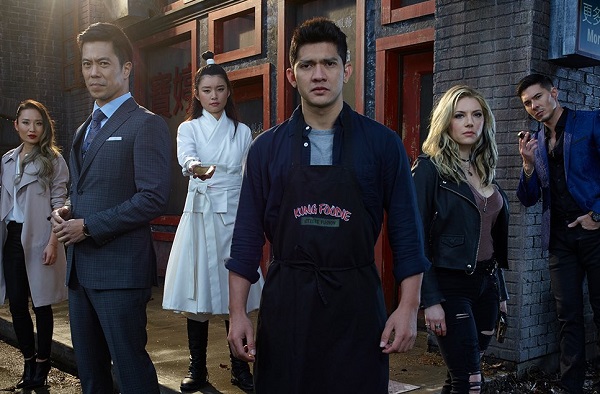 If you love martial arts and gangsters then you will love Wu Assassins. The new Netflix series premiers today and introduces viewers to the underworld of San Francisco’s Chinatown that is confronted by some mysterious ancient powers that seek total domination.

The big man in town is Triad boss Uncle Six, played by Byron Mann, who has more than just his guns and muscles to erase his enemies from the face of the earth. The big man in the series, however, is a hard-working chef named Kai Jin. Played by Iko Uwais, known for his roles in spectacular action films, Jin is struggling to make ends meet as gangsters try to intimidate him at his restaurant.

This first fight sets in motion a battle for not only Chinatown but for peace over war and love over hatred. Jin is chosen as the latest and last Wu Assassin, a man with the powers of a thousand monks, who must restore balance in San Francisco's Chinatown.

As if this battle wasn’t epic enough, European crime boss Alec McCullough just arrived in San Francisco and insists on making it his new home, even if that means going to war with the Triads. McCullough is played by Tommy Flanagan, known best for his bad ass role on Sons of Anarchy, and has already recruited an army of Eastern European gangsters to do his bidding.

Who will win? Check out the trailer of Wu Assassins below and watch the series on Netflix: