All In The Game: Two men who went from fighting organized crime and gangsters to refereeing star athletes 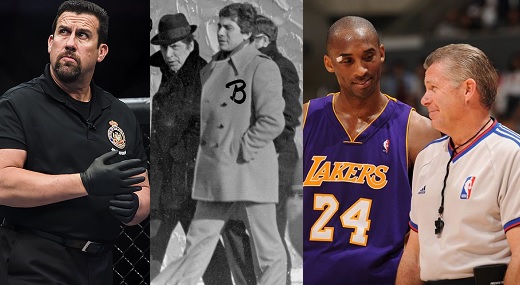 Two men. Both referee. Different sports. Different rules. But with a very similar past. Though both John McCarthy and Bob Delaney are now refereeing sports matches, they began their career stopping people from committing crimes or busting them after the fact. One thing all men – be they athletes or mobsters – learned the hard way: You don’t mess with these two fellas.

“Big John” McCarthy: Bossing around real G’s since the 1980s 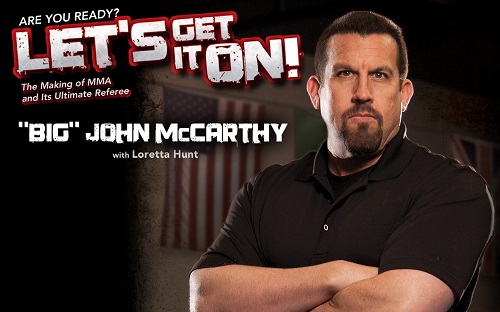 John McCarthy is known by fight fans around the world simply as “Big John.” He’s the big dude standing in the center of the cage – better known as the octagon - right before two fighters go at it during a Mixed Martial Arts (MMA) fight and the man watching their safety as they throw punches and kicks with reckless abandon.

In a fight things happen fast. One second the guy in the blue corner is winning, his opponent wobbly, the next second he himself is laying on the floor knocked out cold. In a sport where seconds matter, McCarthy has proven himself to be the best. He keeps his cool throughout the match and his calm presence ensures a safe environment for the fighters and a correct foul-free fight for the audience.

It’s not a huge surprise then to realize that before he became a full-time MMA referee, he was a cop patrolling the mean streets of Los Angeles, graduating from the police academy in 1986. Working the L.A. beat is no joke, but then again, neither is “Big John” McCarthy.

On his second day on the job working in the Hollywood division, he chased a suspect through the nighttime streets, while his partner chased a second culprit in his car. After cornering his prey behind a run-down apartment building, McCarthy cuffed him and dragged him back to where he had seen him dump a bag.

He had hit the jackpot. Inside the bag was eleven pounds of fifty-dollar rocks of cocaine worth hundreds of thousands of dollars. His partner hit the lottery as well after finally nailing the car he was chasing and arresting the driver. The car was loaded with guns.

Not satisfied working his beat, McCarthy joined CRASH, the Community Resources Against Street Hoodlums program. Where he busted heads with the city’s most notorious street gangs. “For a long time, I was assigned to the 18th street gang, one of the biggest Hispanic gangs throughout Los Angeles and eventually the world,” McCarthy writes in his autobiography Let’s Get It On. “I was also assigned to the Mara Salvatrucha, a ruthless Salvadoran gang. The School Yard Crips was another one I had. There was a turf war on the Venice boardwalk between the Venice Shoreline Crips and the Playboy Gangster Crips out of West Los Angeles in the Cadillac-Guthrie area.”

The gang violence never bothered him. “Because they chose this life, I never had a problem with gang members shooting other gang members,” he writes. “To me, that was part of natural selection, like animals in the wild. It was survival of the fittest.”

Much like two men standing in front of each other in a cage, ready to go to war in the UFC, while “Big John” enforces the rule of law.

Bob Delaney: Hanging in New Jersey with big bad truckers and the Mafia 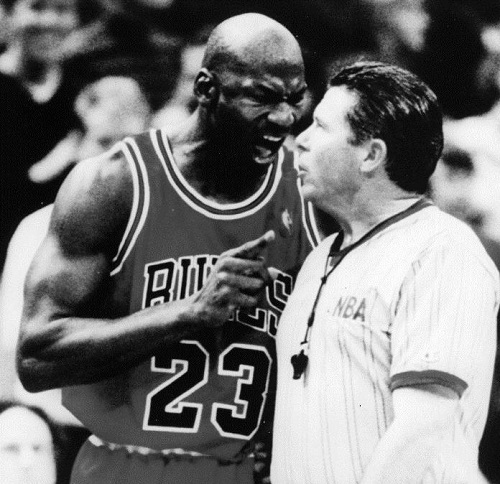 You might know Bob Delaney as one of the NBA’s star referees. But before he stood on the basketball court getting yelled at by tall, muscular athletes, he almost got his head blown off by New Jersey mobsters after he infiltrated their illegal rackets and busted dozens of them.

It all begin in the 1970s after he had graduated college and joined the New Jersey State Police where he began working as an undercover agent, involved in “Project Alpha, one of the nation’s first major undercover investigations of the mob,” he writes in his autobiography Covert: My Years Infiltrating the Mob.

“I was a young trooper who wanted to take on the bad guys,” he writes. When a mob associate flipped and offered his services to the State Police, they gave Delaney a call and paired the two men up. “[Patrick Kelly] was a slick mob associate. […] And there we were, dealing every day with what they call ‘capable’ guys, meaning guys that are capable of putting a bullet in your head if you make one small slip.” 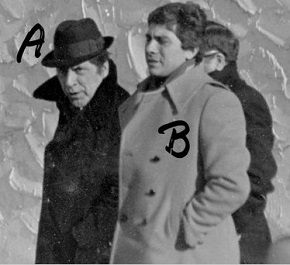 Under his new identity Robert Covert, Delaney began his career as president of Alamo Trucking, a company set up by law enforcement to lure greedy mobsters into coming inside to perhaps say some illegal things, make some illicit deals or simply extort some funds, all the while tape and video recorders were running, capturing the whole thing for use in court.

It worked like clockwork. Bobby Covert and Alamo Trucking were too good to resist and members of the New Jersey branches of New York’s Genovese crime family and Philadelphia’s Bruno crime family. Every day, Delaney was confronted by men who inspired fear in everyone they met and had a reputation as stone cold killers. Men like Tino Fiumara (photo right) and John DiGilio, high-ranking wiseguys of the Genovese crime family, and the DiNorscios of the Lucchese’s New Jersey branch, who were at that time affiliated with Philadelphia’s Bruno crime family.

For three years, Delaney remained undercover. Sweet talking gangsters into an ever-expanding puddle of quicksand as they discussed mob rackets and future projects. After all was said and done, over thirty mobsters were sent to prison, seriously hampering their criminal activities.

What should’ve been a huge success, also left Delaney with headaches. By now, he suffered from post-traumatic stress disorder and had to make the difficult decision to quit the New Jersey State Police and find a new career.

He found one in the NBA. In 1987, he joined the basketball league as a referee and found a new life purpose laying down the law to the world’s best players, including the best of all time: Michael Jordan. Doing it all out in the open, under his own name, with a packed stadium and millions of viewers at home. Life is all about choices. These choices determine the path of your life. Josh Rosenthal seemed to be doing great as far as choices went. He was a passionate martial artist who shined in the octagon as a referee. Renowned MMA website Sherdog listed him at number 7 among the ten best refs in the business.

But his success in the cage was eclipsed by his downfall outside it. Bad choices coupled with illegal behavior will do that to a man.

In 2012, federal agents raided a warehouse in Oakland, California, owned by Rosenthal and found 1,356 marijuana plants inside. The plants had an estimated street value of more than $6 million. Caught red-handed and with little options, Rosenthal pleaded guilty to conspiracy to manufacture and distribute marijuana and possession with intent to distribute and was sentenced to 37 months in prison.

While we at Gangsters Inc. are diving into the sports side of our underworld, let us end this story about the ‘foul’ referee with a quote from Rocky:

“It ain't about how hard you hit. It's about how hard you can get hit and keep moving forward. How much you can take and keep moving forward. That's how winning is done! Now if you know what you're worth then go out and get what you're worth. But ya gotta be willing to take the hits, and not pointing fingers saying you ain't where you wanna be because of him, or her, or anybody! Cowards do that and that ain't you! You're better than that!”