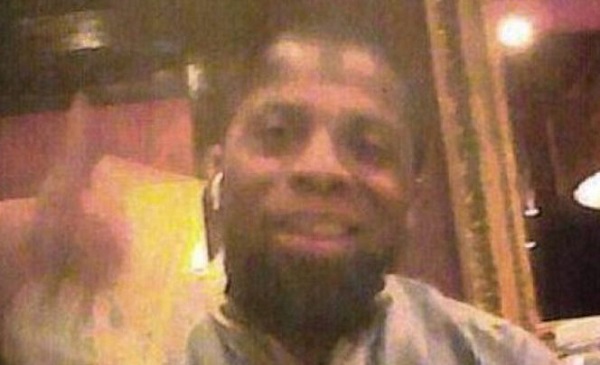 An alleged Chicago-area gang boss was arrested last week for attempting to provide material support to the Islamic State of Iraq and al-Sham (ISIS). 37-year-old Jason “Abdul Ja’Me” Brown (photo above) is accused of providing $500 in cash to an individual on three separate occasions this year, with the understanding that the money would be wired to an ISIS soldier engaged in active combat in Syria.

However, instead of the funds going to Syria, they went straight to authorities, as the individual was confidentially working with law enforcement, and the purported ISIS fighter was actually an undercover law enforcement officer.

Brown is charged with attempting to provide material support and resources to a foreign terrorist organization. A detention hearing is set for Tuesday, November 21, in Chicago. Prosecutors claim Brown is the leader of the AHK street gang, which is based in the Chicago suburb of Bellwood and comprised of former members of other gangs, including the Black P Stones, Gangster Disciples, and Four Corner Hustlers.

Six other alleged AHK members or associates were charged in a separate complaint with federal drug offenses. According to the charges, AHK members trafficked various narcotics in the Chicago area, including a fentanyl analogue, heroin, and cocaine, and often boasted about the gang’s activities on social media. As part of the investigation, law enforcement shut down the gang’s operation of two illicit drug markets on the West Side of Chicago and executed search warrants at numerous locations.

According to the charges, 34-year-old Tristan Clanton is an influential AHK member who leads a drug trafficking operation in Chicago and Bellwood. The organization is responsible for trafficking more than a half kilogram of heroin, at least 474 grams of fentanyl analogue, and distribution quantities of cocaine and other drugs, the charges allege. Clanton and his crew sold drugs near two intersections in the North Lawndale and Humboldt Park neighborhoods of Chicago. Law enforcement shut down the crew’s operation of these markets as part of the federal probe.