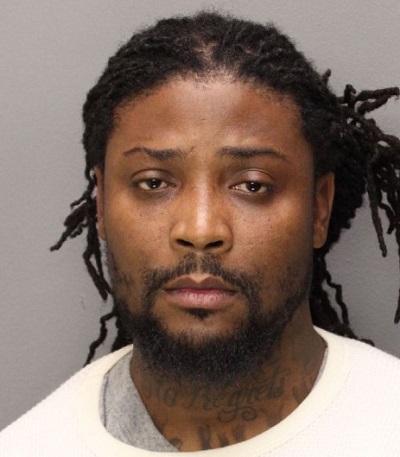 The alleged long-time leader of the Grape Street Crips has been charged with four murders, three attempted murders, and numerous other crimes as part of a racketeering conspiracy.

“Nine months ago we announced the arrests of more than 70 members – including the No. 2 and No. 3 highest ranking members – of the Grape Street Crips, a violent street gang we alleged controls much of the heroin trade in northern New Jersey,” U.S. Attorney Fishman said. “Today, we are announcing charges against Corey Hamlet, the leader of that organization, in an indictment that spells out his alleged role in at least four homicides and three attempted homicides in furtherance of his control of this drug trafficking organization. The people of Newark should not have to endure that kind of violence or the fear that it breeds. I am hopeful that these arrests will make the streets of this city safer.”

“The FBI’s mission at the beginning of this investigation was to significantly disrupt the Grape Street Crips criminal enterprise operating in Newark,” Andrew Campi, FBI-Newark Acting Special Agent in Charge, said. “The federal indictment and arrest of its leader, Corey Hamlet, has brought us closer to our ultimate goal of dismantling one of the most violent street gangs in the city. This investigation is a tremendous example of the positive impact law enforcement has on the community and when federal, county, and local authorities join together with a common purpose.”

“Today we have taken a very dangerous and violent person off the street,” Carl J. Kotowski, Special Agent in Charge of the Drug Enforcement Administration’s New Jersey Division, said. “The people of Newark can be assured that the DEA will continue to pursue these violent predators.”

Hamlet’s indictment follows the coordinated takedown in May 2015 of 50 alleged members and associates of the Grape Street Crips, who were charged by criminal complaints with drug-trafficking, physical assaults, and witness intimidation. The charges – including today’s arrests – are the result of a long-running FBI and DEA investigation, in conjunction with the Essex County Prosecutor’s Office, the Newark Police Department and Essex County Sheriff’s Office Bureau of Narcotics.

According to documents filed in these cases and statements made in court:

Hamlet has allegedly served as the long-time leader of the New Jersey Grape Street Crips, even while serving prison sentences or being detained in federal or state correctional facilities.  The New Jersey Grape Street Crips – a local set of a nationwide street gang founded in Los Angeles – engage in drug-trafficking and other criminal activities to enrich themselves and fellow gang members. In addition to these criminal activities, the gang’s rules provide that members must retaliate against individuals who cooperate with law enforcement. Gang members routinely engage in acts of intimidation and violence against witnesses, individuals who are believed to be cooperating with law enforcement, and law enforcement officers themselves. As the gang’s leader, Hamlet allegedly participated in and authorized acts of violence against rivals, suspected cooperating witnesses, and even fellow gang members who were perceived as being disloyal.

After completing a previous federal sentence, Hamlet and other gang members began to extort Victim One. After Victim One refused to pay the extortion demands, Hamlet targeted Victim One and associates of Victim One for violence. In early 2013, Hamlet authorized Corey Batts, 30, of Newark, and Tony Phillips, of Newark, to murder Victim Two, in part, because Hamlet believed that Victim Two, a member of the New Jersey Grape Street Crips, had grown too close to Victim One. On May 3, 2013, Batts and Phillips, acting on Hamlet’s orders, allegedly shot Victim Two repeatedly in the head and dumped the victim’s body on a Newark street.

In August 2013, Hamlet authorized Batts to murder Victim One. In October 2013, Hamlet met with Victim One at the Mall at Short Hills in Millburn, New Jersey, in a meeting that had been set-up by Victim Five, a member of the New Jersey Grape Street Crips who was a close associate of Victim One and who attempted to broker a truce between Hamlet and Victim One.

After the Short Hills meeting, Hamlet used a social media account to post a report from the Essex County Prosecutor’s Office purportedly indicating that Victim One had provided a statement to law enforcement. Just three days after Hamlet’s social media post, Batts and other gang members – acting on Hamlet’s orders – repeatedly shot and nearly killed Victim One and Victim Four, a bystander who was inside Victim One’s car.

Following the attempted murder of Victim One, Hamlet and other gang members perceived that Victim Five had been disloyal by attempting to put an end to the feud between Hamlet and Victim One. In November 2013, Aaron Terrell, 24, and Rashan Washington, 26, both of Newark, murdered Victim Five. Acting on Hamlet’s orders, Washington lured Victim Five into a Jeep Cherokee and then purposely left Victim Five alone, while Terrell shot Victim Five once in the head.

In November 2013, Hamlet allegedly told a conspirator that Victim Six, who was a relative of Victim One, had to be murdered. On March 3, 2014, Hamlet and another conspirator pulled up to a car being driven by Victim Six. Although Hamlet aimed a firearm at Victim Six and the car’s other occupants, Victim Six pulled off before any shots were fired. A short time later, however, Hamlet’s conspirator found Victim Six, and a car chase ensued. The chase concluded when Victim Six’s car crashed into other vehicles at Irvine Turner Boulevard and Spruce Street in Newark, and Hamlet’s conspirator fired numerous shots in the direction of Victim Six’s vehicle. Victim Six was shot and Victim Seven, a passenger in Victim Six’s car, was killed. Victim Eight, an innocent bystander who was a passenger in one of the vehicles crashed into at the intersection, was shot in the head and killed.

In addition to orchestrating these and other acts of violence, Hamlet conspired with other gang members to distribute 280 grams or more of crack-cocaine, conspired to distribute heroin, was involved in the extortion and robbery of other individuals, and threatened individuals whom he believed to be cooperating with law enforcement.

On each of the charges of RICO conspiracy, conspiracy to distribute crack-cocaine, and using firearms in furtherance of crimes of violence, Hamlet faces a maximum penalty of life in prison. The first count of using a firearm in furtherance of a crime of violence carries a mandatory minimum term of 10 years, while the second such count carries a mandatory minimum term of 25 years, which must be imposed consecutively to the first count. On the six counts of violent crimes in aid of racketeering, Hamlet faces terms of imprisonment ranging from three to 20 years.