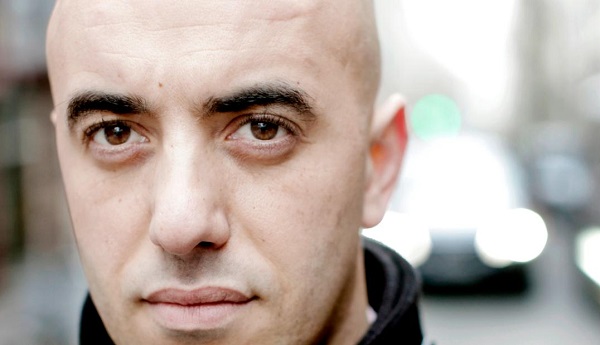 Life imitates art… or is it the other way round? It’s no secret that crooks have always looked up to antiheroes on the big screen: just look at the fanbase of Scarface. But does it actually lead to more crime? What’s that famous line in Scream? “Movies don't create psychos – movies make psychos more creative!”

That’s certainly the case with Rédoine Faïd. Born to a family of Algerian immigrants in a rough part of Creil, north of Paris, the boy took to thieving from a young age before graduating to armed hold-ups and bank robberies. He preferred avoiding violence, though the same can’t be said for the whole of his crew. Faïd is a movie geek with a flair for the dramatic, and would watch heist films like Point Break and Heat to help plan a score. He even told director Michael Mann, after bumping into him at a film festival: “You were my technical adviser.”

He’s even more famous – or infamous – for his many escapes from custody, from making a break from a Swiss prison van, to blowing his way through penitentiary walls with explosives and most recently, being lifted away by an armed commando team in a hijacked helicopter. Faïd is currently serving a sentence under maximum security for a 2010 robbery that went horribly wrong, ending in a hail of gunfire in which a young policewoman and mother, Aurélie Fouquet, lost her life (Faïd wasn’t accused of pulling the trigger, but masterminding the heist). But we’ve managed to reach out to him in the depths of French gaol to ask about gangster films, a life of crime and his first book Outlaw, recently translated into English. 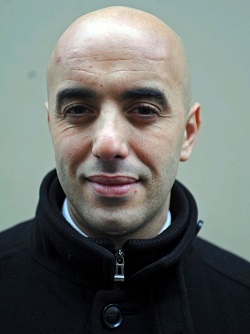 Bonjour Rédoine. Ca va? [Hi, Rédoine. How are you doing?]

“I return to prison like some might return to their holiday home. What a mess. But I need to face adversity. I am in complete isolation. Actually, it’s been 9 years since I was put onto the maximum security wing. And I escaped twice. I already escaped 20 years ago from a police van in Bole, Switzerland. Seems like I don’t like being locked up. It’s an animal instinct."

“The prison environment where I’m locked up is chaotic. Everything is done to break prisoners down, drive them mad from the extreme loneliness we’re all kept in. Here, it’s reduced mobility. 22 hours in the cell. You don’t see anyone. You don’t talk to anyone. It’s very boring. And you know how things work, the state doesn’t like fugitives. When they finally catch you, they make you pay. Prisons in France are clearly a no man’s land. A prisoner is a scrap from society. Here, we don’t rehabilitate human beings, we turn them into zombies. Penitentiary policy is an absolute failure. It manufactures human bombs and creates recidivists. For clearly political reasons, we need ‘news items’ [fait divers, a French media cultural reference] to justify the media’s mess.

“But like I said to you before, I take care of myself intellectually and physically. In ‘Warrior Mode’! My books are limited here. Just like my access to the gym. But I do things to keep my mind and body moving. It’s ok, but it’s not easy because you’re deprived of everything. I can use the phone (only to call close relatives). Same for visits. But I don’t make my relatives come to see me here because I don’t accept these measures that don’t even apply to terrorists or child killers."

“I don’t have blood on my hands, but it seems they’re finding me difficult to manage. Personally, I will never renounce my mental health and physical health. So don’t worry, it’s OK.”

How did you become a thief?

“You don't do this for pleasure or taste. It’s always a necessity that takes you down this path. Weakness can also be a reason.”

In your book, Outlaw, you talk about how cops would treat you differently because you weren’t a “Gaul” (white Frenchman)

“Cops are nostalgic for the outlaws of old. Those who had a Gallic name and a poetic nickname. Added to this is the myth of the beautiful old-time thug with a different mentality. That's not wrong either. But you have to know how to live with the times. Today, gangsters obviously do not possess the required criteria according to the police: they are people of color, they are urban, they listen to Dua Lipa, wear Burberry tracksuits and Dolce Gabbana sneakers, have their hip-hop language codes...” 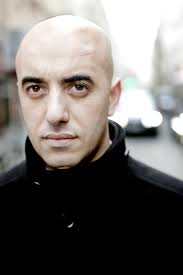 In France there’s a lot of tension between different nationalities, but how is it like in the criminal world?

“Today's bandits have managed to achieve among themselves what politicians fail to do. The gangster shares with his fellow man the same convictions, interests, and ideas. They don't give a damn about where you come from or the color of your skin. And even more about your social status. It is quite the opposite of politics and its system which will treat you differently if you are different from them in terms of your skin color or your origins. Even if you're brilliant and reliable, you'll be automatically blacklisted. But it has always been that way. And that will never change.”

What are the most important steps in planning a robbery? In your book, you talk about staking out a target for days, and sometimes seeing other bandits doing the same thing.

“You have to put in place a good technique. But frankly, you have to surround yourself with strong and reliable guys, otherwise you're going to get thrown. Then it's classic: you have to track. But not too much so as not to be spotted precisely. You need to have a professional eye that lets you know if the goal is achievable or not. Like a "feasibility" department. In fact, when you prepare things well, they go well. And yes, sometimes several teams spot the same target without knowing it. So it goes: great minds think alike….”

How did you choose your crew?

“You work with the guys you grew up with. Most often, guys are linked by family or territorial ties. They're from the same neighborhood. Before, the hoodlums didn't mix. Things have changed since then. The Tonbridge heist was masterfully carried out by a professional commando made up of English, Blacks, Moroccans, and Albanians. And what a great result! [the 2006 Securitas depot robbery in Kent, England, which netted more than $91 million in cash]”

You’re a film fanatic. What are your favourite titles?

“The Good, The Bad and the Ugly; The Empire Strikes Back; Once Upon A Time In America; The Place Beyond The Pines; Thief; One Flew Over The Cuckoo's Nest; Collateral.

“There’s more I could list. Have you seen The Getaway? It’s excellent!

“I like old school movies as they feel truly authentic/real.

“There has been a lot of French arthouse gangster films. Try to watch Le Cercle Rouge and La bonne année. They’re not action movies, but they’re about the philosophy of crime.”

In the movie Heat, Robert de Niro must face Waingro, who poses problems for the whole film. Was there anyone like that who was too crazy for work?

“De Niro calls on Waingro, a Californian thug linked to the Aryan Brotherhood. They met in a special section for dangerous thieves at Pelican Bay Jail. De Niro has prepared the bank heist, but he's missing one person. By recruiting Waingro, he thinks he’s helping a former comrade in misfortune who has just been released from prison."

“It's a mistake that a lot of teams make. And this is often the beginning of problems: incompetence is added to jealousy and rivalry. A mistake you pay for in cash.”

If you were in the same situation as Neil McCauley at the end of Heat, where the character is finally home free, would you take off with the girl, or would you enact revenge upon Waingro? 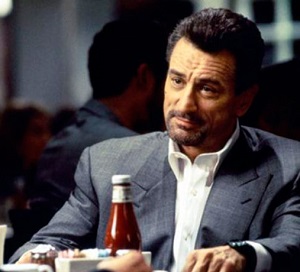 “De Niro should have fled and returned later to settle the score with Waingro. At the beginning of Heat, De Niro is a precise, patient, organized, thoughtful and determined guy. He could never have made that mistake.

“But De Niro at the end of the film, he is tired, nervous, wracked by anger, on the run. The driver Breedan was killed in the bank heist, as was Tom Sizemore. Val Kilmer is injured. The Chicano was tortured. And Al Pacino is after him. He’s frantic. Why does De Niro suddenly decide to settle his account with Waingro? Because he thinks of Tom Sizemore, Breedan, and Trejo who died because of Waingro. De Niro thinks of them, of their families. If he leaves without settling this, he will not sleep peacefully for the rest of his life. So, for this reason, I understand it. And I would have acted like him. Like a journey to the end of the night.”

You’ve been in many dangerous situations, such as grabbing a Swiss officer’s gun and shootouts with the law. Have you ever been in a spot where you thought shit, I might die?

“You never think about death otherwise you don't do anything. It's assurance and self-confidence that drives you. Otherwise you can't realize who you are. So yes, it takes a little courage. But nothing can take the place of real experience, which makes you the person that you’ve become.”

“Anything that closes can open. The human being is a great machine. Take a polar bear and put it in the Algerian Sahara, it will die because it’s too dry. Do the same with a lion in the Antarctic. It will also perish. Human beings adapt to all situations. Of course, new technology and its innovations are efficient. But for me, the digital will never replace the human spirit. And so much the better.”

For more, you can buy Rédoine’s book Outlaw here.

With thanks to Brahim Faïd and Steffie.

Niko Vorobyov is a government-certified (convicted) drug dealer turned writer and author of the book Dopeworld, about the international drug trade. You can follow him on Twitter @Lemmiwinks_III