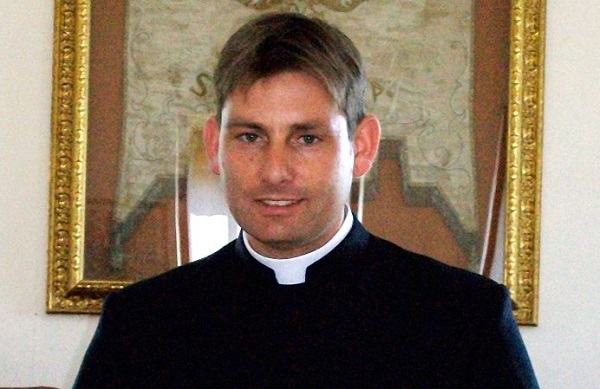 On Wednesday, Italian news agency ANSA reported, Father Antonio Coluccia of the Specchia diocese received an armed escort consisting of two officers in a separate car. The reason for these security measures is that Coluccia’s car was shot at while it sat in a parking spot near the city of Lecce in Puglia.

Puglia is the region where the Sacra Corona Unita holds sway. This loose-knit Mafia organization is known as the country’s fourth crime group. Though it is smaller and less powerful, its members have a propensity for violence and have racked up a very high body count.

Coluccia is a vocal opponent of Sacra Corona Unita and known as an anti-Mafia priest.

Italy has seen its share of deadly violence aimed at the Catholic church. In the early 1900s Sicily’s Cosa Nostra was already shooting priests who opposed its interests and activities. These killings increased during the reign of the Corleonesi under Luciano Leggio and Salvatore “Toto” Riina.

Despite these murders, the church often provided the Mafiosi with help and service. Priests would hide fugitive gangsters or even, in some isolated cases, help them get rid of dead corpses. Regardless of their involvement in crime, the holy friendship provided Mafiosi with a respectable front and a line to God.

The best known story about the Mafia’s partnership with the church is that of Banco Ambrosiano - also called the Vatican Bank - run by banker Roberto Calvi, which was involved in various shady schemes with the Mafia. Its biggest racket was helping high-profile Cosa Nostra bosses launder their dirty cash.

Of course, once it became clear that Calvi had made a mess of the scheme, his dead body was found hanging from a bridge in London. Once no longer of use, these figures are easily discarded. Worse, those who oppose the Italian Mafia tend to be silenced even faster.

It seemed that these kinds of murders had lessened, but the grave threats against Father Coluccia show that in Italy the Mafia groups continue to frighten society into bending to their will. In this case, however, it seems unlikely to work.

Regional politicians Andrea Caroppo and Elisa Rizzello issued a written statement in support of Father Coluccia, writing: “The warnings and intimidation that put at risk his personal safety show that Don Antonio has done and is doing so well: otherwise he would not suffer the attention of organized crime. They also demonstrate that Don Coluccia - always involved in favor of the law, also through the reuse of goods confiscated from the Mafia – needs the maximum protection possible from the State.”