Fugitive Roger “Milk” Taylor (photo above) was arrested by authorities this week after spending two years on the run. Taylor was wanted on federal drug charges in Baltimore and is alleged to be a member of Trained to Go, one of the city’s most violent gangs.

28-year-old Taylor had gone on the lam in July of 2017 after being charged with conspiracy to participate in a violent racketeering enterprise known as Trained to Go and conspiracy to distribute and possession with intent to distribute heroin, cocaine, and marijuana. 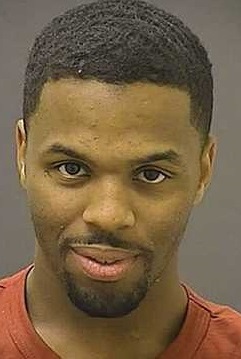 On the lam in the Dominican Republic

Trained to Go operated in the Sandtown neighborhood in Baltimore City. In November of 2018, a federal jury convicted eight men of nine murders, drug trafficking, and witness intimidation. Taylor was still a fugitive at that time.

Recently, authorities found out about his whereabouts and located him in Veron, Dominican Republic. He was arrested by the FBI’s Baltimore Violent Crimes Task Force and is scheduled to have his initial appearance in Miami next week on July 8. He will be brought back to Baltimore to face federal charges.

If convicted, he faces a maximum sentence of life in prison.