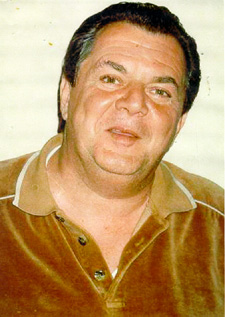 When I first wrote this profile back in 2001/2002 Joseph Massino was a rarity. He was the only official Mafia boss who wasn’t in a prison cell. The press called him "The Last Don". To the outside world Massino was a great boss with old school Cosa Nostra values. His crime family seemed to run smooth as well. But by January 2005 things looked totally different. Here’s the story.

Joseph Massino was born on January 10, 1943. He began his underworld career as a truck hijacker and quietly rose in rank. When then Bonanno Family boss Carmine Galante got whacked (July 1979) Massino was a Capo. The slaying of Carmine Galante brought the Bonanno family into a new family war. The Family now had to select a new boss this was what cut the Family in half with two factions: One faction supported proposed new boss Philip "Rusty" Rastelli while the other faction was against Rastelli as new boss. Massino supported Rusty Rastelli and alligned himself with him just as Capo Sonny "Sonny Black" Napolitano, Sally Farrugia and consigliere Steve Cannone.

The faction that opposed Rusy Rastelli was made up out of: Captains Caesar Bonventre, Philip "Philip Lucky" Giaccone, Dominick "Big Trin" Trinchera and Alphonse "Sonny Red" Indelicato. Eventually the faction supporting Rastelli won, killing three captains of the other faction in an shotgun ambush, it has been rumored that Massino was one of the shooters at that ambush. Rastelli became boss and it seemed that finally all would be well within the ranks of the Bonanno Family. All was well until the F.B.I. paid Sonny Black a visit, they had a message for the Family, for six years they had an undercover F.B.I. agent within their ranks. The famous Donnie Brasco a.k.a. Joseph D. Pistone had infiltrated the Bonanno Crime Family and before the Bonanno members really realized what happened it was raining indictements and members were murdered. Sonny Black, blamed for bringing Donnie Brasco to close to the family, was found shot to death with his hands cut off.

Massino wasn't whacked, he was just indicted. In 1986 Massino was convicted and sent to prison on charges stemming the Bonannos’ control of Teamsters Local 814, the union that represents furniture movers. During his trial, when Pistone walked past Massino on his way to the witness stand to testify against him, the adversaries eyed each other. "Hey, Donnie," Massino reportedly said. "Who’d you get to play me in the movie?". Unfortunately for Massino the movie 'Donnie Brasco' with Al Pacino and Johnny Depp was more about Sonny Black's crew then his.

When Philip "Rusty" Rastelli died in 1991 Massino was the obvious choice for new boss. When Massino went to prison the Bonanno Family was on it's way to extinction. Its members, considered mob "outlaws," did not have a seat on the Mafia’s fabled Commission, the governing group that oversees the city’s five crime families. An internal war left several members dead. And rampant drug dealing in the family brought intense pressure from the Drug Enforcement Administration and the Federal Bureau of Investigation. When Massino came back he had a lot of work to do. In 1993, Joseph Massino was released from prison and came back to work. He ran the Bonanno Family with Salvatore A. Vitale (his brother in law) as Underboss and 73 year old Anthony Spero as consigliere. Under Massino's lead the Bonanno Crime Family has turned around completely. Massino is known as an electronics whiz with a penchant for secrecy and discretion. He lives modestly with his wife in Howard Beach, Queens, a few blocks from the home of his friend, the late Gambino crime boss John Gotti. "He’s careful. He’s a very smart guy," said one NYPD organized crime detective. "He’s wise to surveillance, and he lives by the old-school rules. He believes in keeping La Cosa Nostra secret." Massino was the levelheaded leader who stopped the erosion of the family power. He shut the Bonanno social clubs and avoided other situations that might invite surveillance. Massino has denied any involvement in La Cosa Nostra and has accused the federal government of bias against Italian Americans. His principal source of legitimate income, authorities say, is King Caterers, a Farmingdale, L.I., business that provides food to street vendors. He also is part owner of the Casablanca Restaurant in Maspeth, Queens where he likes to enjoy the finer Italian cuisine in the city and meet with other mobsters. Casablanca once hosted a sitdown of the mob's ruling commission, authorities said. It's a joint where you could round up the usual suspects, too -- Bonanno capos were regular guests at the restaurant, court papers said.

It seemed Massino was doing a great job running his crime family. The Bonanno family regained its seat on the Commission and its crews have beefed up longtime interests in narcotics, unions, loansharking, gambling and Joker Poker machines. Massino looked like he was untouchable. Even his Bonanno Family seemed untouchable. But at the years end things around Massino started to crumble. His Underboss and consigliere both went away. Spero was indicted on a racketeering and murder charge and was found guilty in 2001 and sentenced to life in prison. Massino didn't panic and replaced him. Anthony "T.G." Graziano was promoted to Consigliere and was seen in company of Massino on flights to Mexico and Italy. However unfortunately for Massino, Graziano was indicted again in 2002 on murder, murder conspiracy, drug trafficking, extortion and illegal gambling charges allegedly committed in the past 12 years. Massino however was not indicted in any of these high profile cases.

In January 2003 Massino’s world collapsed. He was indicted and arrested on January 9, 2003 on, among things, murder charges. Massino pled innocent. If convicted Massino faced life in prison. On May 24, 2004 the trial began and things didn’t look good. Eight Bonanno turncoats were set to testify against Massino among those eight was Massino brother in law, close friend and underboss Salvatore Vitale. Massino, older by five years, taught Vitale how to swim. Massino was the best man at Vitale's wedding, and later served as godfather to one of his sons. And it was Massino who brought Vitale into the Bonanno crime family in the early 1970s. But things turned sour between the two men. Vitale was "shelved". Vitale testified: "I had the title, but for lack of a better term, I was a figurehead." It became known later that Massino had thought about having Vitale killed but decided to shelf him instead to spare his wife the loss of her brother. Vincent "Vinny Gorgeous" Basciano was recorded on tape saying: "Unfortunately, we all do our mistakes, but some mistakes are too gruesome to learn from," "He [Massino] was thinking about his wife [Vitale's sister] and he probably in the back of his mind didn't wanna actually believe it."

Massino was accused of seven murders. The murders were: Alphonse "Sonny Red" Indelicato, Philip "Philly Lucky" Giaccone and Dominick "Big Trin" Trinchera who were killed in May 1981. Dominick "Sonny Black" Napolitano, who was killed in August 1981. Tony Mirra, a Bonanno soldier who was killed Feb. 18, 1982, after his bosses found out he was the first member of his crime family to befriend Pistone. He was shot in a lower Manhattan parking garage. Cesare Bonventre, a rival capo of Massino's who was killed in April 1984. Gabriel Infanti, a mob hit man who was killed between October and December 1987 after he botched at least three jobs and was believed to be talking to the feds. He was shot in a warehouse on Staten Island. Turncoat mobster Frank Coppa testified Massino told him mobster Gabriel Infanti was killed because it was feared Infanti could give incriminating testimony in a civil racketeering case.

On July 30, 2004 Massino was found guilty on all counts. Besides the seven murders he was also found guilty of arson, extortion, money-laundering. He was scheduled to get life in prison without parole when he was to be sentenced Feb. 1, 2005.

On January 27, 2005 the unbelievable news broke: Massino was co-operating with authorities (flipped). Massino had secretely recorded his acting boss Vincent Basciano plotting the assassination of a federal prosecutor. Massino also got Basciano to talk about the Pizzolo murder: "I thought this kid would have been a good wake-up call for everybody," Basciano was recorded saying. Why did Massino turn you may ask. Well ofcourse he did not want to sit in a prison cell for the rest of his life or face a lethal injection for the Sciascia murder. But I think more importantly he wanted to care for his family (no, not his CRIME family). Because of Massino becoming a turncoat the feds will not take his (and that of his wife) house in Howard Beach, Queens. Massino’s 89-year-old mother, Adeline, can also rest easy that the feds won't evict her from her house in Middle Village, Queens, which Massino formerly owned.

And that is the story thus far. Massino is the first New York Mafia boss to become a turncoat. According to Salvatore Vitale Massino once told him: "John (Gotti) set us back 100 years,", how many years will Joseph Massino set the Mafia back?

On June 23, 2005 Joseph Massino was sentenced to life in prison. He received two life sentences after he admitted ordering the slaying of Bonanno family captain Gerlando "George from Canada" Sciascia and waived his right to appeal his conviction last year for seven other slayings.

His cooperation got him everything he wished for and more. On July 10, 2013, Massino's life sentence was reduced to time served, which ends up being about 10 and a half years. He was the sole culprit behind all the crimes committed by members of his "Massino crime family", was sentenced to life in prison, faced the death penalty, and will now be able to live out the rest of his life in freedom. At age 70, the big boss is a shining example of what a high rank in the mob and becoming a government witness can do to your time in prison: It can make it disappear like dead bodies in an oven.

Though he is living in freedom, Massino will be under FBI supervision for the rest of his life. Whether that is for the safety of the public or simply to keep his thick body from dying of lead poisining is up for debate. When asked by the judge if Massino had anything to say, the former Bonanno boss said: "I pray every night for all of the people I hurt, especially the victims' families." With the sun beaming down on Massino's face as he eats another slice of pizza in some unknown location, I'm sure the families of his victims will be very pleased to hear about his prayers. Then again, maybe not.