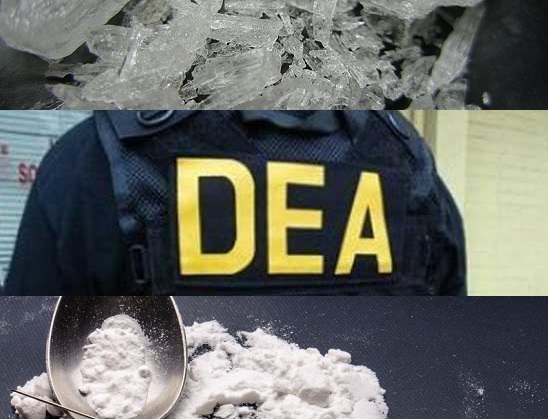 It’s a drug case that has all the ingredients of a James Bond movie. An alleged international drug lord known as the Sultan was arrested at his London home on Friday, following investigations by the National Crime Agency and US Drug Enforcement Administration (DEA).

Pakistani national Muhammad Asif Hafeez is wanted in the United States to face charges of conspiring to import drugs and now faces extradition. Authorities allege the 58-year-old man is the leader of a global drug production and distribution syndicate which operates in India, the United States and the United Kingdom and has offshoots in the African nations of Mozambique and Kenya.

In communications with other members of his organization Hafeez is said to have been referred to as "the Sultan." His product consisted of methamphetamine and heroin, both of which he aimed to smuggle into the United States starting in 2013.

Hafeez and certain of his co-conspirators sought to establish a methamphetamine-production facility in Mozambique. But they were forced to abandon their plan after law enforcement authorities seized approximately 18 tons of ephedrine from a factory in Solapur, India, including several tons of ephedrine that the syndicate planned to use as a precursor chemical to manufacture methamphetamine in Mozambique.

Besides the meth, there was also heroin, which Hafeez together with co-defendants Baktash Akasha Abdalla, Ibrahim Akasha Abdalla, Gulam Hussein, and Vijaygiri Anandgiri Goswami allegedly conspired to import into the United States.

Baktash Akasha Abdalla was the leader of an organized crime family in Kenya known as the “Akasha Organization,” which was responsible for the production and distribution of ton quantities of narcotics within Kenya and throughout Africa and maintained a network used to distribute narcotics for importation into the United States.

That same month, Baktash Akasha Abdalla, Ibrahim Akasha Abdalla, Hussein, and Goswami were provisionally arrested in Kenya. They arrived in the District for prosecution based on the pending drug-trafficking charges in January 2017.

“This is a hugely significant arrest of a man suspected of being the head of a global drug production and distribution network, with links across Asia, Europe and North America,” NCA branch commander Martin Huxley told the media. “Because of the scale of the criminality alleged here, this is an international investigation and the NCA has worked extremely closely with our partners in the United States and United Kingdom.

Acting Manhattan U.S. Attorney Joon H. Kim said, “As alleged, Muhammad Asif Hafeez, a long-time, priority target of the DEA known as the ‘Sultan,’ trafficked in drugs on a massive and global scale, working with transnational criminal organizations to manufacture and distribute enormous quantities of heroin and methamphetamine around the world and into the United States.  From Kenya and Mozambique to London and New York, Hafeez’s alleged drug operation saw no borders or boundaries – until now. Thanks to the unwavering commitment of the DEA and the prosecutors in this Office, the ‘Sultan’ has been caught and will have to face American narcotics charges.”