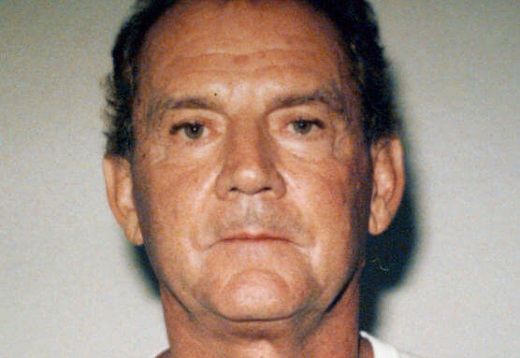 Things are not looking good for Boston Mafia boss Francis “Cadillac Frank” Salemme. The mob leader-turned-rat faces federal murder charges and is currently behind bars awaiting his day in court. That day looks very hopeless, though, as four Rhode Island men were granted immunity on Friday by federal prosecutors and look set to testify against Salemme.

Salemme was indicted in August and charged with the murder of federal witness Steven A. DiSarro, the owner of South Boston nightclub The Channel, who disappeared in 1993. Witnesses claim Salemme and his son murdered DiSarro because they thought he either might become a government informant or because he was stealing money.

In March 2016, DiSarro’s body was recovered by federal authorities behind a mill in Providence, Rhode Island. On Friday, it became known that Joseph DeLuca, brother to imprisoned capo Robert “Bobby” DeLuca, mob associates Charles “Harpo” Garabedian, Richard Cinquegrana, and William Ricci, were all granted immunity so they can testify what exactly happened at the mill.

Earlier witness accounts made clear that the DeLuca brothers met Salemme in North Providence in 1993 to pick up DiSarro’s body, which they then buried at the mill in Providence which was owned by William Ricci.

Bobby DeLuca was arrested in June at his home in Florida after being indicted in connection with allegations that he obstructed a federal investigation into the murder of DiSarro. According to the Massachusetts U.S. Attorney’s Office, DeLuca has said he will plead guilty to these charges at a hearing on October 25 in Boston.

With four men involved in helping Salemme dispose of DiSarro’s body willing and able to stand up in court to point their finger at the aging former mob boss, things are looking pretty damn hopeless for “Cadillac Frank.”

Not that he isn’t familiar with this scene. Hell, he was a mob boss in Boston, these kinds of treacherous setups are par for the course. Not just that, he himself stood in court pointing fingers and giving testimony about criminal acts committed by others. He just decided to leave out some parts when confessing his crimes to the FBI handlers who debriefed him.

He knew he had fucked up too. When authorities came for him at his new home courtesy of the Witness Protection Program, he was nowhere to be found. Again, typical Boston underworld, always one step ahead of the FBI. They eventually found him holed up in an Atlanta hotel room with plenty of cash.

“A search of defendant Salemme’s hotel room incident to his arrest revealed that he was in possession of a large sum of United States currency as well as numerous personal effects indicating that he was fleeing prosecution,” court documents stated.

Yeah, a pretty hopeless day in court for Salemme.