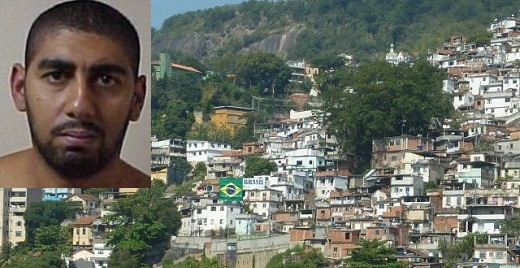 With the 2014 World Cup and the 2016 Olympics coming to Brazil in the very near future, the South American country is extremely busy ridding its crowded streets from the criminal elements that rule them. On Wednesday, police arrested drug boss Eduardo Herculano da Silva after a fierce gun battle in the slums of Rio de Janeiro. His rise and fall are illustrative for Brazil which seems to be stuck in a vicious circle of poverty, crime, and violence it can’t get out of.

When Eduardo Herculano da Silva was born on the 17th of August in 1973, Brazil was ruled by a totalitarian regime that had grabbed power in a military coup in 1964. In the years that followed, the country became a democracy headed by an elected president.

All these political changes did not have an immediate effect on the poor people living in Brazil’s favelas, slums. Life was hard, as it had been for as long as they could remember. Lacking jobs and basic needs they took to dealing drugs and other crimes to make a living, as a result creating a society where violence and fear are as common as the warm sun shining down from heaven.

Da Silva grew up under these circumstances. By 2003 he led organized crime in O Morro da Mineira, Hill of Mining (photo below), a favela located close to the wealthy center of Rio de Janeiro. Police were on to him, though, and he was arrested that same year on charges for drug trafficking, theft, and receiving stolen goods. 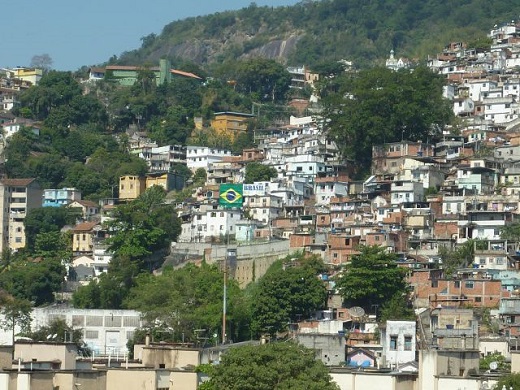 In prison Da Silva followed the rules and listened to officials. His good behavior earned him a transfer to a halfway house, where he was allowed to go on furloughs. Prison officials were left scratching their heads as their “model prisoner” did not return to his cell in 2008 opting instead to return to a life of crime.

But this time Da Silva had bigger plans than simply ruling a favela: He began supplying several favelas with copious amounts of cocaine. Authorities allege he smuggled around 200 kilos a month of cocaine into Brazil from Bolivia and Paraguay. Once in Brazil most of the coke was destined for Da Silva’s main customer, Comando Vermelho, or Red Command, Rio de Janeiro’s most powerful crime group.

It was business as usual. Poor people in need of money with a government unable to provide them with jobs: the perfect recruitment tool for gangs and organized crime. Because whether the economy is good or bad there is always a demand for drugs or stolen merchandise.

Only this time Brazil is expecting the world’s best footballing nations to visit this coming summer to play for the World Championship. With star players, their entourages, celebrities, foreign dignitaries, politicians, and hundreds of thousands of tourists walking the nation’s streets they did not look forward to them seeing what decades of extreme poverty had created.

It was high time for some spring cleaning and drug dealers and gangbangers better run and hide because Brazil’s elite police squad, BOPE, does not mess around. It enters the favelas ready for battle to the death. 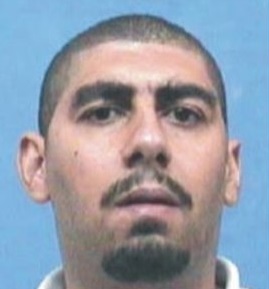 Thus the clean-up turned into an occupation of Brazil’s slums by police forces. For Da Silva this meant he had to be extra careful while arranging the delivery of his dope. Hell, as a fugitive and wanted man Da Silva could be put in handcuffs for simply walking along the sandy beaches of Rio, let alone while setting up drug deals consisting of hundreds of kilos of product.

Still, he had to. The favelas were considered safe by the gang bosses that ruled there. Accompanied by eight armed bodyguards Da Silva negotiated the delivery of a cocaine consignment to the Nova Holanda neighborhood of Complexo da Mare, a cluster of favelas comprising around 130,000 people.

Before Da Silva could finalize the deal he was surprised by police who crashed his business transaction. His bodyguards exchanged shots with agents before fleeing the scene and leaving their boss in the hands of his captors.

They were lucky to catch him when they did. A police inspector told the press how Da Silva had been planning to disappear once again. “[He] told us that if we hadn’t arrested him that night, we might never have found him because he intended to undergo plastic surgery and settle in Bolivia.”

One down, and… a lot more to go. No matter how many drug lords and gangbangers are arrested or killed as long as Brazil’s poor are kept away from decent paying jobs there will be no shortage of men willing to fill their predecessor’s shoes.

It’s the circle of violent life in Brazil.