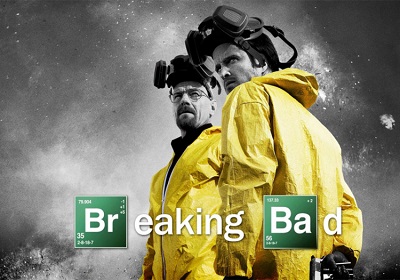 The Mob Museum will debut a new permanent display Friday, February 26, to add to its growing collection of artifacts from well-known movie and TV shows portraying organized crime with items from AMC’s Breaking Bad, the award-winning television crime series.

“Breaking Bad effectively dramatized organized crime and today’s illicit drug trade,” said Geoff Schumacher, director of content for The Mob Museum. The museum revealed that it would add the following two artifacts from the series to its display: The yellow hazmat suit worn by actor Bryan Cranston in scenes where Walter White was cooking meth, two gas masks, and a rubber apron.

Guests will be welcomed at an opening reception from 6 to 9pm with complimentary beer, wine and specialty cocktails using Heisenberg vodka. The reception will also feature a discussion with special guests, Kathleen Detoro, costume designer for the show, and David Thomson, editor of Breaking Bad the official book.

Guests must RSVP – check the Mob Museum website for details how - to attend the event.

Breaking Bad tells the story of White, a high school chemistry teacher who learns he has inoperable lung cancer. White partners with a former student, Jesse Pinkman, played by Aaron Paul, to manufacture and sell methamphetamine to build a family nest egg before he dies. As White descends into the shadowy world of the illegal drug trade, he becomes a dark and notorious figure who goes by the alias Heisenberg.

The Breaking Bad display will be available for public viewing on February 26.