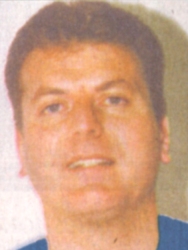 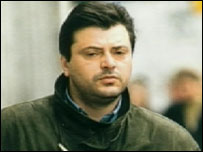 Augusto La Torre took the place of his father and became boss of the clan which ruled in the north of the province Caserta, in the south of Lazio and along the coast of Domizio. The empire of the La Torres stretched out into The Netherlands. Augusto's brother Antonio (picture right) had set up legit businesses in Aberdeen, Scotland. (Antonio also ran some illegal businesses there.) In March 2005 Antonio was arrested in Aberdeen because of an Italian arrest warrant. He had been sentenced to 13 years in prison in Italy for racketeering. The La Torres mainly invested their ill gotten money in the United Kingdom. Because of their businesses in the UK it is alleged the La Torre clan even made a non Italian a member. Brandon Queen is the first British (Scottish) member of the Camorra. He is in prison in England and receives a monthly salary, something only members of the Clans receive.

Mondragone was the first Italian community that was disbanded because of infiltration by the Camorra. The La Torre clan had their base in Mondragone, and ruled it with an iron fist. They had a certain way of disposing of bodies which was dubbed alla mondragonese. They dump the bodies in a well, then they throw in a handgrenade. The body is blown in tiny pieces and covered in dirt, hidden forever.

Eventhough the clan was heavily involved in trafficking narcotics Augusto didn't want to see any drugs in his territory. He prohibited the sale or use of drugs. Anyone who broke those rules was killed. A junkie who, to support his habit, started dealing drugs in Mondragone was taken for a ride, killed, and injection needles were injected all over his body. When Paolo Montano, a soldier in the Clan, got addicted to cocaine one of his best friends invited him to a farmhouse. There Augusto shot him. Augusto demanded total loyalty from his men, and he got it. When Augusto became a pentito (government witness) in January 2003 all his men did the same. Augusto confessed that he committed and ordered 40 murders. The La Torre Clan's empire was worth hundreds of millions of euros.

I read in Roberto Saviano's "Gomorrah" that Augusto La Torre avidly studies psychoanlysis while in prison.  This caught my attention because I myself am a psychoanalyst.  I couldn't help but further note that La Torre was born on my birthday.

I wouldn't mind hearing from anyone having further information about La Torre, most especially about his interest in psychoanalysis.

Comment by justin on January 7, 2013 at 9:38pm
So do him and all his mens families still live in the area