Click here to go back to the first page of Puparo's History of the ...

21 november 1991 was Eugenio Graziano killed (he was the son of Luigi Salvatore Graziano and Chiara Manzi and their other son is Antonio Graziano “o sanguinario”) with Vincenzo Graziano and Gaetano Santaniello who are the brother and the nephew of the later pentito “Feliciano”Graziano.

28 april ??? was Giuseppe Fabi killed when he drove a motor and was Biagio Cava wounded. Suspected shooter was Eugenio Graziano

26 may 2002 were Clarissa Cava (16), Michelina Cava (51) and Maria Scibelli (51) shot and killed, they were respectively daughter, sister and sister in law of boss Biagio Cava. Police arrested 9 members of the Graziano clan under whom Alba Scibelli (41 and the wife of killed Eugenio Graziano), her mother-in-law Chiara Manzi (62) and Alba's two daughters Stefania Graziano, 19 and Chiara Graziano, 20.

??policemen?? Vincenzo Mazzocchi (61) was killed in august ????, his son Antonio Mazzocchi (his wife is Rosaria Graziano the daughter of Luigi Salvatore Graziano). 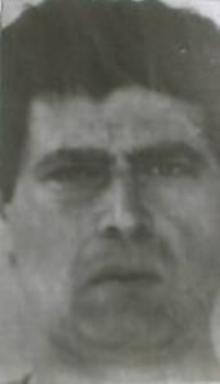 Giugliano camorra family Maisto
Camorraboss Alfredo Maisto and his sons Luigi Maisto (killed 21 october 1979), Enrico Maisto (lives in Vienna, Austria) and Antonio Maisto. Alfredo Maisto died 24 june 1976. Enrico Maisto was married with a daughter of Antonio Orlando (the brother of the mother of the Nuvoletta brothers) in making an alliance against their enemy Mallardo.

Gaetano Fidanzati and Corrado Iacolare arrested in Operation Seaport
21 Februari 1990 police arrest in Italy Vincenzo, Giuseppe, Raffaele and John Galatolo and Antonino Zacco and in Argentina Gaetano Fidanzati, Giuseppe Ciulla, the camorista Corrado Iacolare and the Calabrians Francesco Morabito (brother of calabrian drugboss Santo pasquale Morabito) and Sergio Carrio. Zacco is the most important heroin distiller of Alcamo. The Galatolo brothers are the bosses of Acquasanta, near Arenella is of the Fidanzati brothers. Fidanzati`s hasjbusiness in Europe gets taken over by the Spadaro- Boccafusco cosca.

So were the brothers Antonio and Enrico Maisto killed.

Giugliano camorrafamily Mallardo
Their cousin Feliciano Mallardo was according to pentito Pasquale Galasso killed by Alfredo Maisto and his sons Luigi, Enrico and Antonio Maisto, their family member Iacolare and Claudio Sicilia. Later as revenge his sons would have killed Luigi Maisto and wounded Enrico Maisto. 24 march 2003 had Errico Maisto (34) a traffic incident and dies in april, his father was the brother of Giuglinao boss Alfredo Maisto.

Melito camorrafamily Maisto
Andrea Maisto (died in 2001 from cancer) and his widow Patrizia Cimmino and their son Stefano Maisto (killed 10 november 2004). Andrea Maisto’s brother had as son Andrea Maisto. 21 february 2001 was in Melito (Na) Andrea Maisto (17) shot and killed in a bar in Melito when two helmed bikers stepped in, they fled by motor.

boss Andrea Maisto (nephew of Francesco Maisto who was arrested for drugs and was the brother in law of Melito’s mayor Alfredo Cicala who served from 1990 to 1993).