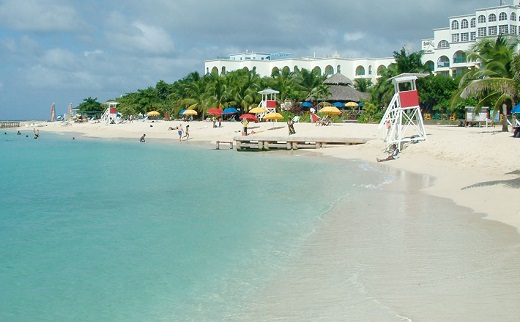 Four members of a group that imported at least £1 million worth of cocaine into the United Kingdom from Jamaica were handed prison sentences on Friday. A fifth member is awaiting sentencing, while a sixth is a fugitive. Under the leadership of 41-year-old Nigel Roberts, the gang organized at least four multi-kilo shipments of coke.

The National Crime Agency (NCA) began investigating the group in June 2016 following a Border Force seizure of 5 kilograms of cocaine concealed in packets of coconut milk powder at Manchester Airport. NCA officers identified Nigel Roberts, a barber from Birmingham, as the ringleader and organizer of three subsequent importations of cocaine into British airports.

Each seizure consisted of between 5 to 10 kilos of cocaine, some in identical packaging as the first, with others disguised as coffee or LaSoy Milk. In the case of the first importation, Roberts worked with 46-year-old Craig Mullings and his 35-year-old girlfriend Diana Ricketts to recruit a courier in order to bring the drugs back from Jamaica in a suitcase.

Phone records identified that Roberts was in contact with the couple and other members of his network at key times around each importation. He would mainly communicate with them and pass on instructions using WhatsApp voice notes.

Days after the arrest of 47-year-old drug mule Deannia Madden-Walker, who attempted to smuggle 5 kilos of coke into Gatwick Airport, Roberts sent a voice note saying, “I’m on a bad luck streak, one of my ships crashed again.”

In addition to complicit couriers, the group sometimes used vulnerable and unknowing participants to smuggle the drugs for them. 34-year-old Abdul Thomas assisted Roberts with the fourth importation in December of 2016. Thomas sent him a voice note previously to underline the plan, instructing him to “take out what you need to take out” from the suitcases before sending them down to London.

After receiving the cocaine, Roberts would split it up to be sold on to street-level dealers. NCA officers searching his barber shop also recovered crack cocaine which was packaged ready to be supplied.

On Friday, July 20, Roberts was sentenced to 13 and a half years in prison. Thomas received a 12-year sentence. Ricketts and Madden-Walker received 8 years and 6 years respectively. Mullings will be sentenced at a later date.

Another member of the network, Dwane “Boasty” Johnson, who was charged with being a courier went on the run before he could stand trial and remains wanted by British authorities.