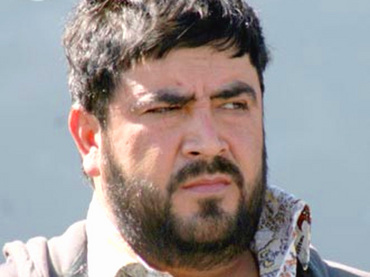 Mexican drug lord Alfredo Beltran Leyva (photo above), also known as Mochomo, one of the leaders of the Beltran Leyva Cartel, an organization responsible for importing multi-ton quantities of cocaine and methamphetamine into the United States, pleaded guilty yesterday to participating in an international narcotics trafficking conspiracy.

45-year-old Leyva was indicted on Aug. 24, 2012, for conspiracy to distribute cocaine and methamphetamine for importation into the United States. The defendant was extradited from Mexico to the United States on Nov. 15, 2014, and pleaded guilty before U.S. District Judge Richard J. Leon of the District of Columbia.

In court, the defendant admitted that he was part of a conspiracy to import large quantities of drugs into the United States. At the hearing, the government proffered evidence that from 1990 until his arrest in January 2008, the defendant was a leader of the Beltran Leyva Organization, a global criminal enterprise that was responsible for importing multi-ton quantities of cocaine and methamphetamine into the United States.

Once the cocaine reached Mexico, the defendant’s organization transported it to central key points in Mexico, including to Culiacan, Sinaloa, which was also the central point for the collection of billions of dollars from drug trafficking proceeds in the United States.

On May 30, 2008, the president added the Beltran Leyva Organization to the Department of Treasury’s Office of Foreign Asset Control’s Specially Designated Nationals and Blocked Persons list pursuant to the Foreign Narcotics Kingpin Designation Act. On Aug. 20, 2009, the president specifically designated Beltran Leyva as a specially designated drug trafficker under the same Kingpin Act.

“For decades, Alfredo Beltran Leyva helped to lead one of the world’s most notorious drug cartels, causing widespread violence and disrupting lives,” said Attorney General Loretta Lynch. “With this guilty plea, justice has been done, and Beltran Leyva will be held accountable for his crimes.  This conviction is the result of our close partnership with the Mexican government, and it should serve as a reminder that our countries will not rest in the fight against drug trafficking and violent crime.”

“Alfredo Beltran Leyva and his criminal network destroyed families and communities,” said Acting Administrator of the DEA Chuck Rosenberg. “He oversaw a violent organization responsible for pushing dangerous drugs like cocaine and methamphetamine onto the streets of America and his guilty plea marks the end of his criminal reign and the beginning of his life behind bars.”