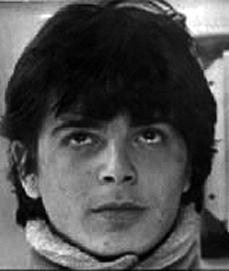 
Casalesi bosses arrested
13 December 1990 there is a meeting at the home of Casal di Principe councilmember Gaetano Corvino, to which was also invited Vincenzo De Falco but he didn’t attend the meeting. The meeting was disturbed because the carabinieri acting on a tip invaded it and arrest Francesco Bidognetti and other bosses of the Casalesi, of course Vincenzo De Falco was suspected.


Casalesi enemy De Falco
In october 1991 was the lawyer Aldo Scalzone killed , the political man for the De Falco clan.


Casalesi ally Zagaria
Castrese Di Tora (a man of the killed Sessa Aurunca camorra boss Alberto Beneduce) was shot and killed with a pistol in a bar in Sessa Aurunca in march 1993, it is part of the feud between the Casalesi clan and the La Torre clan from Mondragone (allied with Sessa Aurunca brothers the boss Mario Esposito and Giuseppe Esposito ). It was revenge for the attack at La Torre men Ernesto Razzino and Donato Pagliuca who were wounded. Castrese Di Tora had after the murder of his boss Alberto Beneduce gone over to the boss Zagaria. Di Tora’s killers Mario Santoro, Giuseppe Della Medaglia, Giovanni Esposito (fugitive and brother of Mario capo of the clan) and Ottavio Ciccariello got life sentences for the murder.


21 february 1994 was Valentino Guarino killed who worked for the Schiavone family.


Casalesi enemies La Torre
The Cuntrera-Caruana clan worked with the Neapolitan La Torre Camorra clan, DEA analyst Attanasio said. They ran a cocaine supply-line through Scotland. Antonio La Torre runs a restaurant in Aberdeen, but before that he was based in Amsterdam. 
Tavoletta
16 may 2000 was in Caserta Gaetano Pecchia (61) shot and killed. He was probably associated with the Tavoletta clan.


Tavoletta men do in Villa Literno (near Marcianise) double murdercase
3 october 2003 were in Villa Literno killed Giuseppe Rovescio (25) and Vincenzo Natale (24) while were wounded : Giuseppe’s brother Simeone Rovescio (30), Mirco De Luca (31) and Francesco Galoppo (21) who is the only one with a record as criminal.


Walter Schiavone
14 may 2004 got Walter Schiavone, brother of Sandokan, a life sentence for the murder of Antonio Turco from Maddaloni who was killed in Telese Terme.


Casalesi
20 September 2004 was in Casal di Principe (Ce) the young criminal Benito Iorio killed he belonged to the Casalesi.


Casalesi associate Dante Passarelli died in a mysterious accident in November 2004 when he fell to his death while on trial with the Casalesi topbosses.


Bidognetti acting boss Giuseppe Setola (his wife is Stefania Martinelli)
Casalesi killed in june 2008 Michele Orsi (47 and his brother is Sergio Orsi) at the orders of Giuseppe Setola . Antonio Baldascino the father in law of Pasquale Setola. Giuseppe Setola, Alessandro Cirillo and Giovanni Letizia also got life for the murder of Michele Orsi


casalesi
9 may 2009 disappear the Schiavone members Modestino Minutolo (25), Giovan Battista Papa (46) and Francesco Buonanno (40 and his body was found 11 may) and police think it is an internal war because they were trustees of Schiavone. 
When carmine Schiavone became pentito the Bidognetti family broke from the casalesi alliance and started to war the clan Schiavone-Cantiello .


Caterino-De Falco clan
Pentito Giacomo Maisto (brother in law of killed Caterino) and his sons Vincenzo Maisto (killed in december 1992) and Giuseppe Maisto (17 when killed 30 may 2004 with romeo Pellegrini, 17)

The Casalesi had ties with La Torre clan from Mondragone, Esposito clan from Sessa Aurunca, Carfora-Di Paolo clan from San Felice a Cancello, Lubrano-Papa clan from Pignataro Maggiore and the Belforte clan from Marcianise who were independend from the Casalesi

Waste disposal king Francesco Bidognetti and Vincenzo Fiorillo
Vincenzo Fiorillo's name was mentioned in April 1991 during a judicial investigation in Naples into a Como-based company, Ecomovil, and it also emerged that Rona had a branch in Brindisi. Rona was depositing toxic materials in a large waste disposal site at Pianura, owned by the brothers Domenico and Francesco La Marca, who are now under investigation on suspicion of collusion with the camorra. The head of the family, Salvatore La Marca, former mayor of Ottaviano, was accused (and then acquitted) of having links with the camorra. It was he who set up the waste disposal business, through the creation of Fungaia Monte Somma, a company active in many areas, from mushroom-growing and livestock-rearing to the disposal, storage and treatment of all types of waste.


Waste disposal king Francesco Bidognetti and pentito Nunzio Perrella
The mechanism by which toxic waste was illegally dumped in Campania was described to magistrates in Naples by Nunzio Perrella, a "supergrass" who was arrested in 1992 for association with the mafia and for drug trafficking. He said that the local councillor in charge of ecological matters, Raffaele Perrone Capano, a Liberal, used to procure the necessary authorisations and permits for the disposal. The cost per kilogramme of waste was L25, of which Raffaele Perrone Capano received L10. In exchange, Nunzio Perrella said, he and his associates procured votes for Liberal party election candidates.

Waste disposal king Francesco Bidognetti
"Police confiscated documents on 29 March (??1994??) from the Rome offices of Vincenzo Fiorillo, director of Rona, a toxic waste disposal firm founded in 1987 and operating in the south of Italy. Other shareholders, in addition to Vincenzo Fiorillo, include the commercial lawyer Rosario Gava, brother of Antonio Gava, the Christian Democrat senator who is under investigation by Naples magistrates for suspected collusion with the camorra (the Neapolitan mafia). Another is Giuseppe Giordano, a shareholder in AGD Costruzioni, a building firm controlled by Francesco Alfieri. The latter is the businessman cousin of camorra boss Carmine Alfieri, recently arrested after being on the run for ten years. Rona was used by many northern-based companies needing to dispose of toxic and harmful substances at low cost.

Francesco Bidognetti nephew Gaetano Cerci
The investigators are scrutinising the activities of Gaetano Cerci, of Caserta, the owner of the firm Ecologia '89 and nephew of Francesco Bidognetti, right-hand-man of Francesco Schiavone (known as Sandokan), the boss of the Casalesi camorra clan. Gaetano Cerci was mentioned by Nunzio Perrella and the Naples magistrates believe he is the key link between the Casalesi clan and Licio Gelli, head of the former masonic lodge P2. Telephone tapping by Rome police proved that Gaetano Cerci stayed several times at Licio Gelli's Villa Wanda, near Arezzo.


Tonno (Tuna) market run by Santapaola and Laudani families from Catania
An investigation from the carabinieri in November 1999 brought out the mafia paid the sicilian fishermen 8000 lire for each kilo of Tuna and they sold it to the Japanese for 18000 lire for each kilo through an international company and this way made the Santapaola and Laudani families billions of lires in profit.


Casalesi enemies Sessa Aurunca (Caserta) camorrafamily Esposito known as the “Muzzoni” clan
12 February 2000 Giovanni Riscolo (37) was arrested and he is a member of the Muzzoni clan which was led by Mario Esposito who is now in prison. They are opponents of the Casalesi clan.

Pozzuoli’s fish market infiltrated by Camorra families Beneduce and Longobardi
Italy’s third largest fishmarket in Pozzuoli is run by the camorrafamilies Beneduce-Longobardi. In october 2000 started an investigation into Italy’s third largest fishmarket in Pozzuoli. In february 2002 newspapers write then that the investigation found out that the families Bonaduce-Longobardi controlled the entrances and the transport to Pozzuoli’s fishmarket and imposed a weekly pizzo. 100000 Old lires for every case of shrimp was just one price. They had the supply to the restaurants in their hands

Gaetano Vassallo was a pentito and had 9 brothers

Salvatore Taurino’s sons are close with the Casalesi, in particolar with Giovanni Russo alias "Giovanni 'o niro", Mario Cavaliere and Oreste Spagnuolo. One of Taurino’s sons is bodyguard for Alessandro Cirillo"Sergente", a Bidognetti trustee