Joseph Lombardo was considered one of the longest leading members of the Chicago Outfit. He was nicknamed The Clown, and proved that he could play that role. When he was arrested in 1964 for beating a man who owned him money, he made it impossible for the police to take a good mug shot of him by opening his mouth in a wide yawn. It was typical Joey the Clown: acting goofy to outsmart the law. His fellow mobsters and his opponents in the FBI considered him a smart criminal and stone killer first, his clown act was just that, an act.

Lombardo grew up as one of eleven children in a poor depression-era Chicago family. Growing up he had lots of jobs ranging from shining shoes, being a paperboy, and handling room service at the Blackstone Hotel. He graduated from Wells High School. But eventually decided the criminal life was to be his kind of life.

He committed burglaries and worked as muscle for neighborhood loan sharks. Becoming a trusted associate and later a member of the Chicago Outfit by the 1960s. He allegedly "made his bones" by killing mob associate and hotel owner Manny Skar in 1965. Lombardo shadowed Skar for two days until he killed him as he exited his car to enter his apartment on Lake Shore Drive. Lombardo proved a capable killer for The Outfit. And the feds noticed it too, according to retired FBI agent Jack O'Rourke: "He was vicious and a killer. He was their prime enforcer."

By the 1970s Lombardo was a capo of the Grand Avenue street crew. He controlled numerous business, both legal and illegal. He also controlled Anthony Spilotro. Spilotro was the man Chicago had sent to Las Vegas to protect its operations there. He answered to Lombardo and executed his orders. Lombardo also was the man who handled Allen Dorfman, who controlled the Teamsters Central States Pension Fund for The Outfit as a front. Dorfman approved countless "loans" to mobsters who invested the money in casinos and other ventures via front men. Some of the loans were repaid but others were not. You couldn't muscle the Mafia.

Seeing how Lombardo was given these important tasks by his Outfit superiors one can only come to the conclusion that he was considered an intelligent and capable mobster. But no matter how capable, witnesses still caused the Outfit major head aches. In 1974 Lombardo and five others (including Dorfman and Spilotro) were indicted and charged with defrauding the Central States Teamsters Pension Fund of $1.4 million dollars. It would be a complicated case to prove involving several companies and thousands of bookkeeping records. But a cooperating witness would make things a lot easier for prosecutors.

One of the involved companies' owners had decided to become a witness. Daniel Seifert was a 29 year old Chicago businessman with a wife and child. At one point he had got involved with Lombardo and other mobsters. But not as a victim. He and Lombardo were close friends. Seifert's son was named Joseph after Lombardo, who was also godfather of the boy. But upon hearing about Seifert's betrayal Lombardo had no second thoughts about taking action.

On an early Friday morning in September 1974 Seifert and his wife and 4 year old son stopped by his plastics factory when four men wearing ski-masks and armed with guns showed up. Emma Seifert and son Joseph were pushed into the bathroom by one of the gunman. She later testified: "He told me to be quiet and not to worry. Then I heard a gunshot, and the man left my side. Then I didn't hear anything for a few seconds." Daniel Seifert was running for his life, but several shots forced him to the ground. There one of the gunman delivered the final shot at point-blank range to his head. With Daniel Seifert removed from the case, the case collapsed. Lombardo and his five codefendants were acquitted.

With Lombardo and Spilotro free to run their business the skimming of the Las Vegas casinos continued. But law enforcement was on their trail. In 1978 two big investigations into organized crime in Las Vegas were launched. Phones were tapped, locations and mobsters were put under surveillance and thanks to the information uncovered through these observations the feds raided several spots uncovering even more damaging info.

The first investigation was called Operation Pendorf and went after Allen Dorfman and his mob pals defrauding the Teamsters fund. In May 1981 Dorfman, Lombardo and Spilotro were indicted and charged with conspiracy to bribe Senator Howard Cannon and defraud the Central States Pension Fund of the Teamsters. Spilotro would stand trial at a later date to health problems. Lombardo and Dorfman were found guilty. Worried that Dorfman would flip and give up all he knew about the mob's business interests they had him killed before he talked or went to prison to serve his sentence. Lombardo was on his way to prison though, he received a sentence of fifteen years. 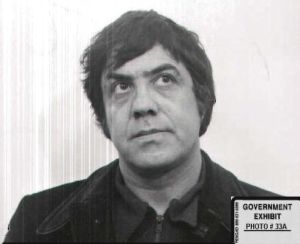 In the other operation, titled Strawman II on September 30, 1983 fifteen men were charged with conspiring to skim $2 million dollars from the Stardust, Fremont, Marina and Hacienda casinos. Here too Lombardo was found guilty. He was sentenced to sixteen years to run concurrently with his sentence in operation Pendorf.

In November 1992 Lombardo was released from prison. He was still on parole and could not meet any of his fellow mobsters. Several Chicago newspapers ran big stories about his release and possible rise to the position of boss of the Outfit. As a result Lombardo placed a public notice in the ad section of several newspapers in which he stated the following: "I am Joe Lombardo. I have been released on parole from Federal prison. I never took a secret oath with guns and daggers, pricked my finger, drew blood or burned paper to join a criminal organization. If anyone hears my name in connection with any criminal activity please notify the FBI, local police and my parole officer, Ron Kumke."

Things remained quiet. No one even knew who the boss in Chicago was. But by 2005 The Outfit was again the focus of the newspapers. In the spring of 2005 the FBI brought indictments against the leading members of The Outfit charging them with racketeering conspiracy that involved illegal gambling, loan sharking, extortion and murders that date back decades. Among those indicted was Joseph Lombardo. But he had vanished from the scene. Now in his late 70s he again seemed to outsmart the law. But in January 2006 he was arrested in a Chicago suburb. He had grown a long beard that resembled the one Saddam Hussein had when he was captured.

After a trial booming with stories that could (and did) fill several Hollywood movies Lombardo and his mob buddies were found guilty. Lombardo was found guilty of racketeering conspiracy, obstruction and impeding an official proceeding and the Daniel Seifert murder. After several decades in which the Chicago Outfit ruled large parts of the US, made millions defrauding the Teamsters Pension Fund and Las Vegas casinos, committed scores of murders, the few men still alive to be held accountable were found guilty. Lombardo received a life sentence.