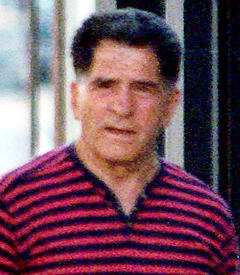 John “Sonny” Franzese is an old school gangster walking around in a world that has changed significantly since when he first started committing crimes. Born in Naples, Italy on February 6, 1917, he started his criminal career during a time when Charles “Lucky” Luciano, Joseph Profaci, Vincent Mangano, Gaetano Gagliano, and Joseph Bonanno had just become bosses of the five mob families in New York.

Those five men are all gone now. Many of the men who became boss after them have died as well. But Sonny Franzese is still here, breathing and walking the streets, demanding his cut from mob rackets. The road to the year 2010, however, hasn’t been paved in gold. Franzese has spent over 25 years in prison.

His arrest record dates back to 1938 and includes arrests for felonious assault, rape, gambling, disorderly conduct, and vagrancy. In 1967 he was hit with a 50 year sentence after being convicted of planning several bank robberies. He was paroled several times since then but was always sent back to his cell after picking up his old life of crime and violating the conditions of his parole. Leaving the criminal life behind just was not possible anymore. Franzese had become a made member of the Colombo Crime Family and had made an oath to its boss Joseph Profaci. He could only leave the Mafia if he died. And Franzese did not plan on dying anytime soon.

Sonny began his criminal career as a member of the crew run by Colombo capo Sebastian “Buster” Aloi. He quickly rose through the ranks because of his toughness and willingness to engage in violence. In the book Quitting the Mob, written by Sonny’s son Michael, one such violent story is recounted.

Franzese was in the back corner of a bar talking to a slim young man. It was around 2 a.m. and the bar was filled with patrons enjoying a night out. Everyone had a decent view of the back corner, but all were surprised when a shot rang out and the slim man slumped to the floor holding a gun. Standing next to the dead man was Sonny holding his own gun. The corpse was dragged out of the bar and Sonny continued his night out without a care in the world.

This incident allegedly happened in the late 1940s and is one of the reasons why Sonny Franzese is so feared on the streets of New York. He is rumored to have killed over thirty people. He once told an associate: "I killed a lot of guys. ... You're not talking about four, five, six, ten." He was a favored hit man within the Colombo Family and was highly respected for his ability to switch between vicious killer and intelligent businessman with an amazing ability to earn money. He financed the classic porn movie "Deep Throat." The movie was made in 1972 for a “cheap” $22,000 and would go on to gross over $600 million dollars. Franzese was also involved in more traditional rackets such as extortion, gambling, and narcotics.

With a keen eye for money-making scams and an impressive list of kills Franzese went on to become underboss of the Colombo Family. He would remain an important member even while inside prison. And when he was released on parole he would always go back to “the life”. By the 1970s both of his sons, Michael (photo left) and John Jr., had gotten involved with the mob. Michael became a captain and earned the Colombos hundreds of millions through a gasoline tax scam he had set up with Russian criminals. 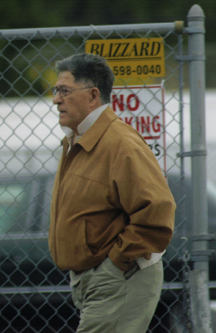 The media right away labeled Michael Franzese a “Prince of the Mafia”. His father had schooled him in the ways of the mob and apparently had done an excellent job. But it turned out there was one big difference between father and son. When authorities arrested Michael on racketeering charges, he decided to make a deal with them. He would give information about certain people and in return he would get a second chance at life. After that Sonny has been rumored to have shunned his son. In the years that followed, Michael wrote several books and became a born-again-Christian.

Sonny Franzese's life continued down a different path. In the past years, he has been hit with two separate indictments.

The first came in June of 2008. Franzese and eleven other Colombo Family mobsters, including Acting Boss Thomas “Tommy Shots” Gioeli, were charged with crimes ranging from murder to the theft of fur coats. At the age of 89, it would be impossible for Franzese to ever see freedom again if he was to be convicted.

To be absolutely sure the old gangster would never see freedom again authorities brought a new indictment in May of 2010. At the age of 93, Franzese was charged with shaking down the Penthouse and Hustler strip clubs in New York City. The double hit by prosecutors would have caused enough shock but the worst was yet to come: Franzese’s son John Junior would testify against his own father during the upcoming trial.

The trial began in June and showed the American public a 93-year-old in a wheelchair who frequently fell asleep during the trial. Not exactly the notorious hit man and underboss of the Colombo Crime Family people expected to see. But when his son took the stand Franzese was wide awake. John Junior explained that he became an informant because he wanted to change his life. He had a heavy drug habit and was stealing money from his mother and other family members to buy dope.

His mother, 75-year-old Cristina Capobianco-Franzese, was also in attendance. After seeing her son on the stand she started a heated argument with Sonny in the men’s room. When she exited she screamed at reporters and jurors that Franzese “should plead guilty and let my son live his life. Give his kid a break and plead guilty. I want my son to have a break. It's the last child I have."

Sonny Franzese was having none of it. The trial ran its full course and after three weeks, on July 7, the jury returned a guilty verdict. Franzese faces a maximum of twenty years in prison and will most likely die in a cell. When asked by reporters about this prospect Franzese remained indifferent. “I die outside, I die in jail. It don't matter to me. I gotta die someplace."

UPDATE JUNE 24, 2017:  On Friday, June 23, 2017, Franzese walked out of prison alive, a free man. At 100 years, he plans to spend his remaing time with his family. He has been welcomed home by his son Michael laying to rest any rumors about Sonny shunning his son.

this is a man of honor, its what its all about

I can't begin to imagine the pain Sonny felt from his two sons not only becoming informers but testifying against their own Father, what could really be justice for that, watching one of your own children being run over by a truck? No because Michaels kids didn't choose their father, living with the pain of becoming a Rat, nah I can't believe Rats really care about anything but themselves, no I just can't imagine the price Sonny's sons should pay