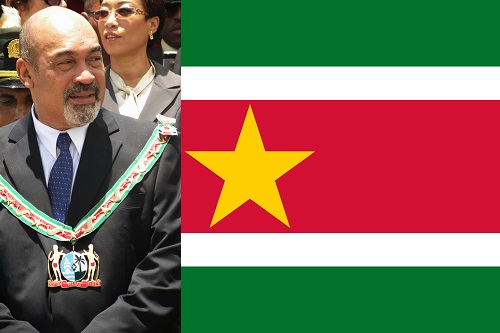 Suriname is officially being run by a bunch of narcotics traffickers. Today, the South American country named a former soldier who was sentenced to 8 years in prison for running an ecstasy laboratory as the new head of its national security and intelligence service.

Hans Jannasch was busted in 2003 after police in Suriname discovered his involvement in running an ecstasy lab in the nation’s capital Paramaribo. His lab was the largest of its kind ever found in the Caribbean and produced pills for the U.S. market.

Jannasch earned an early release from prison in 2010 and went straight to work as bodyguard for Suriname’s current president Desi Bouterse (photo above). 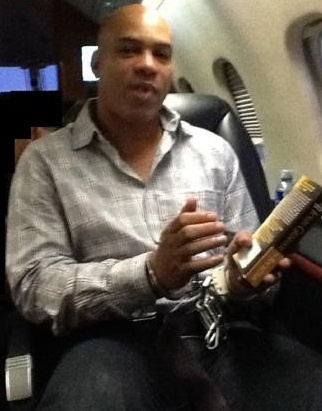 Bouterse, meanwhile, can relate to Jannasch’s trouble with the law. He himself has been convicted in absentia of cocaine smuggling by a court in the Netherlands. His son Dino (photo right) is currently serving 16 years in an American prison after being busted by U.S. authorities for drug and gun trafficking.

We would like to think that all these men have learned from their past mistakes, but then again, we’re not naïve. It will be interesting to see what the future holds for Suriname. Will it become like Manuel Noriega’s Panama or will it fly under the radar?

Only time will tell.