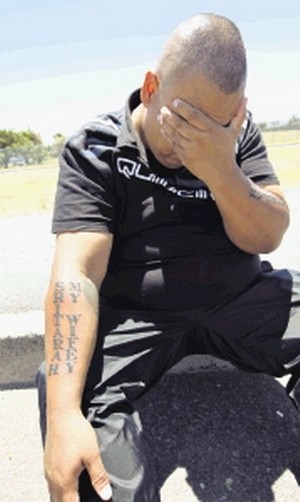 The South African underworld was shocked this week when it became known that one of their own tough guys turned out to be a hermaphrodite. 37-year-old Fadwaan "Fat" Murphy (photo right) told a South African Judge that he was born with both male and female sexual organs. The drug dealer made these statements while he was in court to face charges of possession of stolen property.

When Murphy was arrested two weeks ago a strap-on penis fell off his body during a body search by police officers. In court he explained that he “had a vagina that could not be penetrated. But I also had male organs, testes. But I always knew I was really a man and that was what I wanted to be.”

Despite the fact that his mother desperately wanted Murphy to dress up and act as a girl, he tried very hard to be a boy. He has been married twice and became a leading drug dealer in the Lentegeur area.

There are three more cases in which he is charged. A kidnapping in May 2008 when the state alleged he ordered drug-runners to capture a woman suspected of stealing drugs. Intimidation of a neighborhood watch member in May 2009. And pointing a firearm at a neighborhood watch member who had found drugs in October 2009. After the hearing Murphy was released on bail of 300 Rand and is due back in court on March 2. 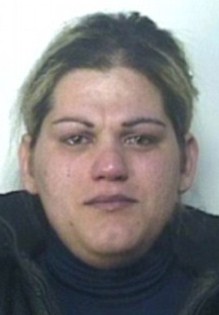 Almost a year ago a similar incident occurred in Italy. In February of 2009 Italian police arrested a transsexual Camorra boss. 27-year-old Ugo “Kitty” Gabriele (photo left) ran a crew that consisted of dozens of members and which was involved in drugs and prostitution rackets.

A police spokesman was quoted by Italian press saying: “'We have been on Kitty's trail for several months and it is the first time that we have ever arrested a transsexual Mob boss. We think it is also probably the first case of its kind in the world. He was born Ugo Gabriele but told everyone to call him Kitty. He is very burly but at the same time you can tell he is trying to be a woman.”

Whether Fat Murphy and “Kitty” really are big players in their respective criminal worlds is open for discussion. However, if they were big players, it will be almost impossible for them to return to that position after all the media exposure which is essentially questioning their manhood. If even reporters are doing that, then you can be sure that killers and drug bosses will either ignore them, or much worse.