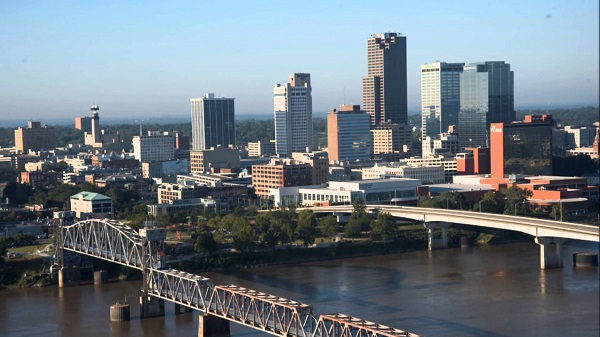 Multiple members of the Bloods and Crips street gangs are among the dozens of individuals arrested early Thursday morning in a major law enforcement operation targeting violent criminals in central Arkansas. The takedown highlights the coordinated work of federal, state, and local agencies to combat drug and gun crime in Little Rock.

Cody Hiland, United States Attorney for the Eastern District of Arkansas, and Stephen G. Azzam, Special Agent in Charge of the New Orleans Field Office of the Drug Enforcement Administration (DEA), announced the arrests, as well the unsealing of thirteen indictments and two complaints charging 49 individuals with dozens of federal gun and drug trafficking crimes.

“A team of over 250 agents and officers from law enforcement agencies across our state came together this morning to begin the process of dismantling violent gangs and removing dangerous people from the streets, with the goal of making our community a safer place,” Hiland said. “These agents also took drugs and violent people off the street today—people we believe endanger the lives of law-abiding citizens and endanger the future of our children with their toxic influence. Today’s operation is a victory over gang, gun, and drug violence, but is just the start of what the combined resources of these law enforcement agencies can do.”

“These arrests should serve as a warning and send a clear message—we will relentlessly pursue these violent criminals and drug traffickers plaguing our communities and bring them to justice,” Special Agent in Charge Azzam said. “Our neighborhoods deserve to exist without fear and intimidation inflicted by violent drug gangs.”

It was formed at the request of Arkansas Governor Asa Hutchinson in response to the escalation in gang and gun violence in Little Rock, highlighted by the July 1, 2017, mass shooting at the Power Ultra Lounge in Little Rock that injured 28 people.

This mass shooting was precipitated by the rivalry between Real Hustlers Incorporated (RHI), a local Bloods-affiliated gang, and the Wolfe Street Crips, a local Crips-affiliated gang in Little Rock. Police identified various RHI members as having participated in the Power Ultra Lounge shooting, and in subsequent retaliatory shootings involving Dewquan Johns, James Langford, Rodney Scott, Damien Young, and Edmond Blue (all of whom are indicted as part of this operation), among several others.

In 2017, law enforcement identified Clifton Thomas and Marvin Collins as founders of the Real Hustlers Incorporated. The gang, known to frequent the area of Monroe and Brown Streets in Little Rock, started as the Monroe Street Hustlers and changed its name to RHI due to mounting and unwanted attention from the LRPD. RHI, which promotes itself as an organization for rap artists, utilizes 5108 31st Street in Little Rock as a music studio, and as a location for distribution of heroin, cocaine, marijuana, oxycodone, and other controlled substances.

The DEA, using court-authorized wiretaps of various phones, identified gang members and the drug and gun crimes the gang was committing. Charges in the Thomas indictment include conspiracies to distribute cocaine, heroin, and marijuana, felon in possession of firearms, and possession of firearms in furtherance of drug trafficking. Included among the defendants is Bilal Johns Muhammad, identified as a long-time leader in RHI, and formerly the Monroe Street Hustlers. Two of Bilal Johns Muhammad’s sons—Bilal Sean Muhammad and Kain Jordan—were also indicted in the case.

The DEA and GET Rock also identified another 18 defendants as part of a drug trafficking organization headed by Robert Turpin III. The investigation revealed that Turpin was distributing ounce quantities of methamphetamine, cocaine, heroin, and marijuana, as well as thousands of oxycodone and alprazolam (Xanax) pills in the central Arkansas area. Turpin was found to be importing pharmaceutical drugs from India for illicit distribution, and during the course of the conspiracy more than 150,000 pills were obtained and distributed.

Furthermore, the Turpin organization was responsible for the transportation and distribution of methamphetamine, cocaine, heroin, marijuana, pharmaceutical controlled substances and money to and from Texas, Massachusetts, and North Carolina using personal and commercial vehicles, the United States Postal Service and FedEx. This organization also trafficked in firearms and has engaged in firearm-related violence in the Little Rock area. Law enforcement agents carried out the operation that resulted in the arrests of 15 of the 18 indicted members of the Turpin organization on February 14, 2018.

Also arrested Thursday morning was Chris Alexander, a member of the Wolfe Street Crips and purported community activist who has promoted anti-gang and violence programs in Little Rock in the past. Alexander, along with fellow gang member Kenya Davis, who is still a fugitive, was indicted on marijuana conspiracy and distribution charges. Alexander was also charged with being a felon in possession of firearms and possession of firearms in furtherance of drug trafficking.