Crooked 2: A thieving cop, a drug dealing cop, and one active gang member who joined the police department 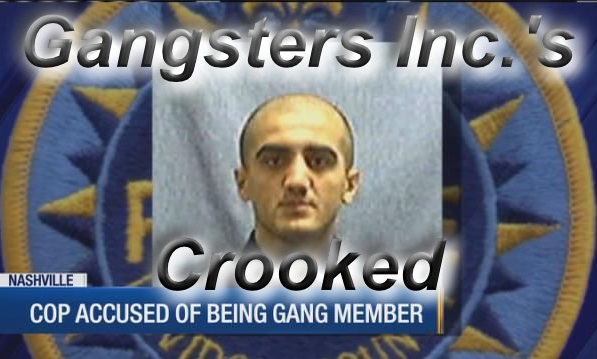 Cops swear to uphold the law and serve and protect the citizens of their nation. That’s why corruption hits society much harder than other crimes. In the Crooked series, Gangsters Inc. shines a light on these individuals who broke not only the law but their oath.

What began as just another routine traffic stop at the Mala Wharf on Maui, Hawaii, turned into a sneaky theft when police officer Anthony Maldonado used the opportunity to steal approximately $1,800 in cash from the fanny pack of the person he stopped.

When the driver later realized the cash was missing, he reported the theft to Maui police. After the report was filed, Maldonado and four others – because what’s a simple crime without some added conspiracy - attempted to bribe the victim to withdraw the complaint.

On Thursday April 19, Maldonado pleaded guilty to deprivation of rights under color of law and conspiracy to commit witness tampering. He faces up to 21 years in prison, a fine of up to $350,000, and a period of supervised release of up to three years when he is sentenced on August 23.

“Law enforcement officers must uphold their pledge to protect the members of their communities and conduct themselves with honor,” said Acting Assistant Attorney General John Gore of the Civil Rights Division.

“Everyone should be able to trust that an encounter with law enforcement will not result in theft,” added Kenji M. Price, U.S. Attorney for the District of Hawaii. “No one is above the law, least of all police officers who are charged with protecting our community.”

Though it is doubtful, Maldonado could just have been so desperate for cash that he lost his mind and committed the only crime in his career as a police officer. Our next man in blue has no chance of even making such excuses.

He allegedly did so to a police informant.

Prosecutors say that in October 2017, McAusland allegedly sold the informant approximately 35 grams of marijuana, 48 grams of heroin, 31 grams of cocaine, and 31 grams of crack cocaine for $50. In addition, he sold a pound of marijuana to the individual on two separate occasions between November 2017 and January 2018, charging $2,500 for the first sale and $2,400 for the second.

On Feb. 11, 2018, McAusland had the gall to meet the informant in his police vehicle at a supermarket parking lot near the Paterson Police Department headquarters. McAusland handed him approximately four sample heroin pills. Afterwards, on various dates in 2018, McAusland sold heroin pills to the man, including a sale of 1,010 pills on April 1, 2018 for $7,000.

If he is convicted of these crimes, he faces a lengthy time behind bars alongside like-minded men.

McAusland and Maldonado probably are wishing for a second chance right about now. A chance to start over, with a clean slate, to get a new lease at life.

Like Jiyayi Suleyman (photo above), who became the first Kurdish officer in the Nashville Police Department in 2012. He achieved this by lying about his membership in the Kurdish Pride Gang, which, according to local news reports, is “a group known for selling illegal guns and drugs.”

Of course, Suleyman never signed up for a career in law enforcement to escape the gang life. Prosecutors claim he used it to further the gang’s interests by using the computer program to look up fellow gang members for possible cases against them.

He was seen meeting with gang members at a local eatery and seized photos showed him flashing gang signed and wearing gang colors before he became a cop. Pending the criminal investigation into his activities, Suleyman resigned from the Nashville Police Department in March.