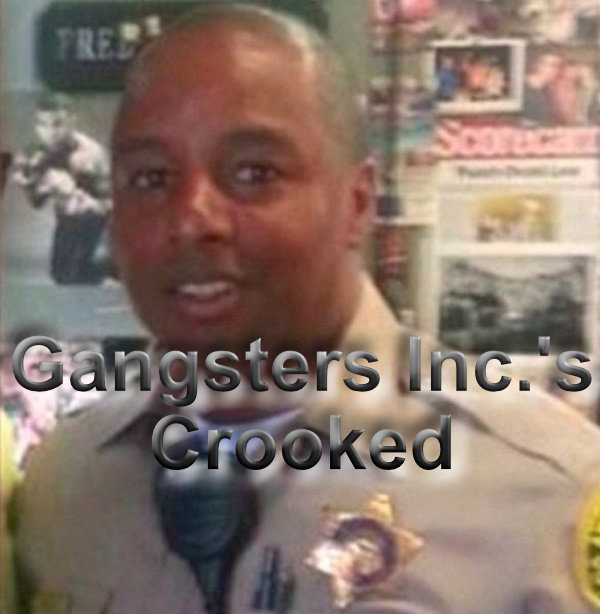 A former Los Angeles County deputy sheriff pleaded guilty on Monday to conspiring to distribute methamphetamine, cocaine and marijuana as part of an interstate drug trafficking scheme in which the deputy agreed to use his position as a law enforcement officer to ensure the successful transport of narcotics.

50-year-old Deputy Sheriff Kenneth Collins (photo above), who separated from the LASD in late February, admitted that he conspired with at least two other individuals to accept cash payments in exchange for distributing large quantities of controlled substances and actively thwarting the enforcement of state and local law – in exchange for cash payments as high as $250,000.

“Law enforcement officers are sworn to uphold the law, which is why we hold them to a higher standard of conduct,” said United States Attorney Nick Hanna. “Deputy Collins didn’t just break the law, he trampled his oath by agreeing to sell his badge to assist drug traffickers.”

In January, special agents with the FBI arrested Collins and two co-defendants – 52-year-old David Easter and 34-year-old Grant Valencia – after they arrived in Pasadena to provide security for the transport of nearly 45 pounds of cocaine and more than 13 pounds of meth to Las Vegas, Nevada. Unbeknownst to Collins and his co-defendants, the narcotics transport was part of an FBI sting operation. Collins had previously negotiated a cash payment of $250,000 for this transport with an undercover FBI agent posing as the partner of a wealthy investor financing a drug trafficking operation.

Collins had met Valencia through a life-skills class called the Emerging Leaders Academy where Collins was an instructor, according to court documents. The purpose of the academy was for LASD deputies to teach and mentor adult ex-offenders, like Valencia, in order to help those ex-offenders successfully reintegrate into society.

“All of our transports make it through”

Collins admitted in court that he and his two co-defendants previously provided security in November 2017 for a shipment of what Collins believed to be six kilograms of methamphetamine, as well as marijuana and counterfeit cigarettes, from Pasadena to Las Vegas. In exchange for his team’s security services that day, Collins received $25,000 in cash.

In justifying the high fees for his services, Collins told the undercover agent “we’re cops” and “all of our transports make it through.” During a recorded meeting with the undercover agent, Collins displayed his Los Angeles County Sheriff’s Department badge and firearm to prove that he was, in fact, a law enforcement officer, thereby rendering his services more valuable to a drug trafficking organization.

Collins faces a mandatory minimum sentence of 10 years in federal prison, and he could be sentenced to as much as life without parole. Easter and Valencia are scheduled to be tried in this case on October 23.