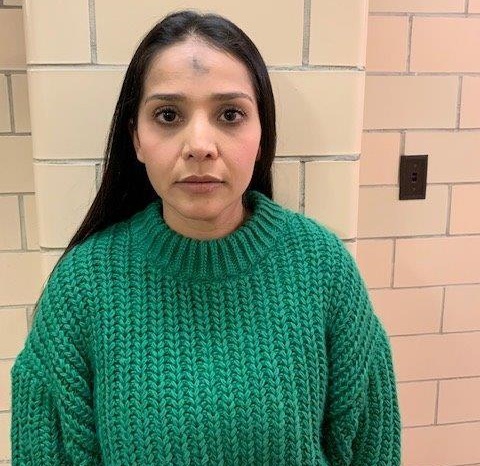 The daughter of notorious cartel leader Nemesio Oseguera Cervantes pleaded guilty yesterday to willfully engaging in financial dealings with Mexican companies that had been identified as narcotics traffickers by the U.S. Department of the Treasury, Office of Foreign Assets Control (OFAC).

34-year-old Jessica Johanna Oseguera Gonzalez (photo above) is a dual U.S.-Mexican citizen of Guadalajara, Mexico, and was arrested and charged in February of 2020 after she visited the federal courthouse in Washington in support of her brother Ruben Oseguera González, nicknamed “El Menchito,” who is charged with trafficking cocaine and meth in the United States between 2007 and 2017. He was arrested in Mexico in 2015 and fought hard against his extradition.

According to court documents, Jessica Johanna Oseguera Gonzalez violated the criminal penalties of the Foreign Narcotics Kingpin Designation Act (the Kingpin Act) by engaging in property transactions with six Mexican businesses that had been designated to be “specially designated narcotics traffickers.” These six businesses were so designated because they provided material support to the Mexican drug trafficking organization known as the Jalisco New Generation Cartel, which is led by her father.

“The Kingpin Act is a critically important tool in the U.S. government’s unrelenting efforts to target foreign drug cartels that seek to flood American streets with illegal drugs,” said Acting Assistant Attorney General Nicholas L. McQuaid of the Justice Department’s Criminal Division. “The Department of Justice will aggressively investigate and criminally prosecute those who willfully violate Treasury Department sanctions under the Kingpin Act, as a key component of our broader whole-of-government strategy to dismantle and disrupt foreign drug cartels.”

Court documents indicate that Oseguera Gonzalez was an owner of two Mexican companies designated by OFAC, J&P Advertising S.A. de C.V., and JJGON S.P.R. de R.L. de C.V., and that she was an officer, director, or agent of four additional sanctioned businesses, Las Flores Cabanas, Mizu Sushi Lounge, Tequila Onze Black, and Operadora Los Famosos S.A. de C.V., doing business as Kenzo Sushi. She remained an owner, officer, director, or agent of those entities following their OFAC designations, and did not seek the required license from OFAC to engage in those financial transactions.

Oseguera Gonzalez is scheduled to be sentenced on June 11 and faces a maximum penalty of up to 30 years in prison.