Deal with the Devil is brutal indictment of FBI conduct 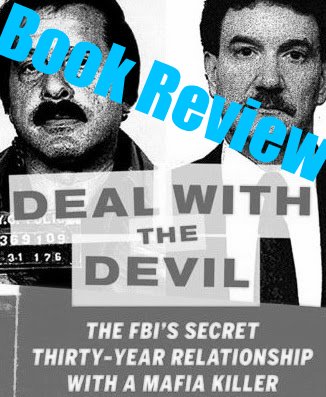 Award-winning journalist Peter Lance’s Deal with the Devil: The FBI’s Secret Thirty-Year Relationship with a Mafia Killer is a page-turning account of how the FBI sold its soul and endangered the lives of innocent citizens in order to send a couple dozen mobsters to prison.

Deal with the Devil is Lance’s fourth book in a long-running and in-depth look into terrorist activity in the United States. While researching his previous books Cover Up: What the Government Is Still Hiding About the War on Terror, 1000 Years for Revenge: International Terrorism and the FBI—The Untold Story, and Triple Cross: How Bin Laden's Chief Security Adviser Penetrated the CIA, the FBI, and the Green Berets Lance stumbled upon the FBI’s twisted relationship with mafia informant Gregory Scarpa Sr.

Digging deeper and deeper he decided that story needed to be told in full detail with all its mind-blowing corruption, ineptitude, and bloody gore. The hardcover edition of Deal with the Devil spans 672 pages filed with photos and scans of important documents. Set for release on July 2 the book will put the FBI under sharp scrutiny from the public as it adds to the fire that is already blazing with the trial of Whitey Bulger.

The relationship between Greg Scarpa Sr. and the FBI has similarities to the one between Bulger and the Feds. In both instances FBI agents were allegedly corrupted and manipulated resulting in the deaths of gangsters and innocent citizens alike. But in his book Lance presents us facts that show that the FBI’s relationship with Scarpa Sr. also caused distraction in the Bureau that paved the way for terrorist attacks to occur that could have been prevented if the FBI hadn’t been so fixated on destroying the Mafia.

Backing up each claim with proof unearthed during his extensive research which took years, Lance effectively writes a brutal indictment of FBI conduct. He “charges” the Feds with giving mob killer Scarpa Sr. information on his rivals, possible informants in his crew (both resulting in several deaths), wiretaps, surveillance, and upcoming indictments making Scarpa Sr. even more murderous and evasive.

Furthermore, Lance uncovers how Scarpa’s son Junior gave the FBI valuable information about terrorist activity and intended attacks on U.S. soil. Information that the FBI chose not to use, because making Scarpa Junior a credible witness would endanger mob convictions based on information provided by his father and the FBI agents that rose to the top of the Bureau thanks to their alleged crooked relationship with him.

To comprehend the full scale of this deadly alliance of pure corruption you have to buy Deal with the Devil by Peter Lance and start reading. It is impossible to cover his major findings in a simple book review. Go out and get this book that reads like a cross between The Sopranos and 24. An absolute must-read!

Deal with the Devil will be released on June 2 and is available from these sellers. You can visit Peter Lance's website at www.peterlance.com

Also check out this exclusive Q&A Gangsters Inc. had with Peter Lance.