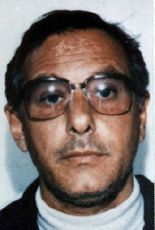 Sam ‘Sam the plumber’ DeCalvacante certainly didn’t have a name that reflected his profession. Don of the New Jersey crime family based in Newark and Elizabeth, he presided over the families activities such as loan sharking, money laundering, extortion, waste management, hijacking, drug trafficking and the other usual mob crimes. The Crime Family was eventually given his name. By 1989, the Feds busted then boss John ‘the eagle’ Riggi on racketeering charges. All of a sudden the position for family Godfather was vacant and underboss John ‘Johnny Boy’ D’Amato self-appointed himself as Riggi’s successor. Forget that he was unpopular amongst the family and that there was no formal gathering to discuss it, D’Amato threw himself into the seat which had that been done in NY or Chicago, a baseball bat to the head would have been the response. But ‘Johnny Boy’ had a trump card only few could match at the time. He had become close with Gambino boss John Gotti and with those sort of friends, no one in Elizabeth even dreamt of challenging D’Amato. Stefano Vitabile, the wise consiglieri remained advisor to D’Amato, Anthony Capo a childhood friend was the muscle that D’Amato would call upon, but the biggest of them all was later acting boss, Vincent ‘Vinny Ocean’ Palermo who was a big player in the seafood industry at the Fulton Fish Market where the mob has capitalised on for decades. He also ran the strip joint ‘Wiggles’ which was a big money earner as well as stock ‘pump and dump’ operations. Giacomo Amari was the underboss while the family also had Anthony Rotondo and Pino Schiffilliti as the main capos.

John D’Amato was seen as a wild, womanising character so it was only normal for him to have one or two goomarahs by his side. One particular woman (Mrs X) was swept by D’Amato’s charisma and confidence that when he’d ask her to jump, her reply would be’ how high?’ He was beginning to spend less time on the streets and more in Mrs X’s pants. This was not going down well with his family. By 1990 he had picked up a gambling habit that was beginning to influence his lifestyle and decisions. His laidback lifestyle invited the feds to increase their surveillance. He was fast picking up comparisons with his mentor John Gotti in NY with his swashbuckling habits and personality. Eventually the pressure and heat from the FBI began to mount on D’Amato and he was beginning to show it with his paranoia. When Gotti got busted in the early 90s this only made things worse for Johnny Boy. By now he was visiting Mrs X regularly for assurance often asking her ‘if she would take a bullet for him’. In October 1992 he left Mrs X’s house only never to return. Weeks, months and then a year went by, word on the street was that he had become the big fish in the Feds investigation. In reality, he had become fish bait.

In 1991, Mrs X confessed to Anthony Capo about D’Amato’s strange habits and experiences. She recounted several times when she’d caught Johnny Boy having oral sex with other men. Capo was furious. At first he didn’t want to believe it, but when it sunk in he knew something had to be done. Organising a meeting with capos Phil Abramo, Schifilitti, Rotondo and consiglieri Stefano Vitabile, with Riggi in prison it was left to Vitabile for the final decision. He approved to get D’Amato whacked, not even counselling their NY cousins such was the extremity of Johnny Boy’s actions. Homosexuality was uncalled for in the mob and to have a fairy Godfather was beyond embarrassing. Locating D’Amato was easy, when Capo picked him up in his car little did Johnny Boy know that it would be his last ride. 5 shots and there ended the life of DeCalvacante boss John D’Amato. In April 2003 the case was opened for the murder of D’Amato. Riggi was the main plotter according to law enforcement agents, but after Vinny Ocean, Capo and Rotondo turned government-informants and spilled the beans, Vitabile and Schifilliti were convicted and sentenced to life in jail.