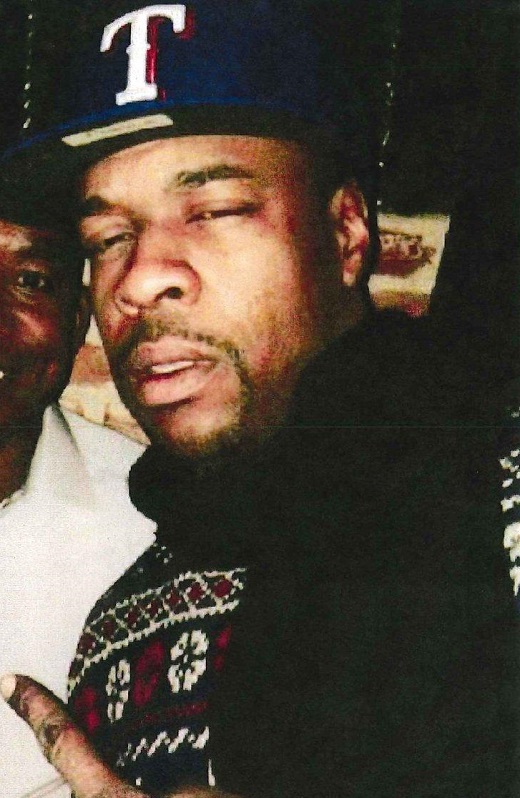 A leader of the Eight Trey Crips gang in New York was charged with murder in-aid-of racketeering on Monday. 37-year-old Larry Pagett, photo above, also known as “Biz,” “Biz Loc,” and “Molotovbizzz” faces life in prison if convicted.

The murder Pagett is charged with has been caught on surveillance video. On August 28, 2015, a man can be seen entering the Buda Hookah Lounge in the Prospect-Lefferts Gardens section of Brooklyn. The place was crowded, with people enjoying themselves.

Then the man pulls out a gun and shoots alleged Folk Nation gangster Chrispine “Droppa” Philip several times in the back of the head as the victim tries to run away.

With “Droppa” Philip “dropped” for good, the hitman got his ass out of there, climbing over several other bar patrons who were lying on the ground in terror.

Prosecutors claim it was Pagett who fired the shots. “As alleged, the defendant in this case shot and killed a rival gang member to elevate his status in the Eight Trey Crips,” stated NYPD Commissioner James P. O’Neill. “The deadly shooting happened inside of a crowded lounge, injuring several others in the shooting, and several more with the panic that ensued.”

“Gang members have shown they will do whatever necessary to maintain their control over their turf and retaliate against those who they see as a threat,” stated Assistant Director-in-Charge William F. Sweeney. “The violence these gangs spread impacts people every day, so we will continue to go after the leadership who use murder and violence to threaten our communities.”