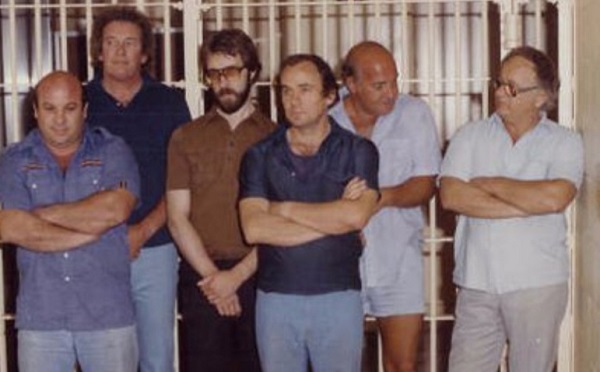 Frank Cullotta, once one of the most feared men in Las Vegas, passed away on Thursday. He was 81. As the right-hand of Anthony Spilotro, the mobster who oversaw the Chicago Mafia’s interests in Sin City, Cullotta’s life was a rollercoaster ride filled with heists, beatings, and mob murders.

According to Geoff Schumacher, vice president of exhibits and programs of The Mob Museum in Las Vegas, Cullotta (photo above, far right) was suffering from several medical issues, including COVID-19. At 81, it doesn’t take much to push a person into the other world. Though a man like Cullotta never had much trouble pushing men decades younger to the other world either. Growing up on the streets of Chicago, he showed he had no problem with violence. His willingness to scrap earned him the friendship of Anthony Spilotro, who would go on to become a powerhouse in the city’s Mafia family known as The Outfit.

The pair mixed business with pleasure as both men continued carving their own path in the underworld. After Spilotro (right) was sent to Las Vegas to oversee the Outfit’s casino interests there in 1971, he invited Cullotta in 1978 to join him and run the street rackets for him.

Hole in the Wall gang

Spilotro and Cullotta assembled a crew comprised of burglars, thieves, and killers that became known as The Hole in the Wall gang, because of its modus operandi of drilling holes to enter homes and businesses. According to Cullotta, the crew was responsible for around 250 burglaries between 1978 and 1981.

During that time things began spiraling out of control. Spilotro’s power had gotten to his head and he began making mistakes that had large consequences. Like sleeping with the wife of Frank “Lefty” Rosenthal, the man who managed casino operations for the Outfit.

The police and other agencies were also breathing down Spilotro’s neck. At one point, authorities managed to place an informant inside the Hole in the Wall gang. He tipped them off of a planned heist at Bertha’s home and furnishings store. All the men involved, including Cullotta, were arrested near or on the spot as the break-in took place. 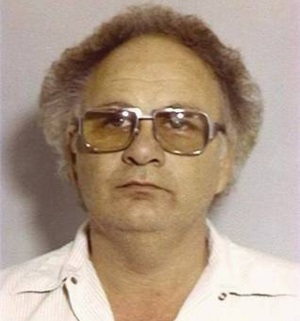 It is all part of doing business. But this time something had changed, Cullotta (right) later recalled. Spilotro knew he was in trouble with the bosses back in Chicago and he needed a fall guy. Cullotta was to be it. And he would pay for that role with his life.

As is custom when the feds find out there is a threat on a person’s life, they make a visit to the intended target with information about the threat without revealing the source or the individual or group that aims to attack. Cullotta let it sink in and began to see he had no other options but to cooperate.

“Take care of your dirty laundry”

Once he made a deal with the FBI to become a government witness against Spilotro and his old crew, the feds let him listen to some wiretaps they made of Spilotro talking on the phone with his capo, Joseph “Joey the Clown” Lombardo.

Spilotro: “I’m telling you, Joey, this fuckin’ Frankie is a goddamn maniac. I can’t control him any longer, and he’s gonna get all of us locked the fuck up.”

Lombardo: “I get what you’re saying. Take care of your dirty laundry. Understand?”

If Cullotta had any doubts about whether the FBI had been honest with him, they were buried somewhere in the desert now. He testified against Spilotro in court, but the case ended in a mistrial. He didn’t get a second shot at his former friend and boss, because Spilotro was himself killed by the Outfit just before his retrial was scheduled to begin.

By the end of the 1980s, the Mafia’s control over Las Vegas was all but gone. They were kicked out of the casinos and pushed on to the streets. Afterwards, Cullotta disappeared into the witness protection program, but reemerged in Las Vegas where he began giving mob tours through the city. He authored several books about his life of crime, featured in mob documentaries and attended many public events with a focus on the mob and Vegas.

His best-known role, however, was as a hitman in director Martin Scorsese’s gangster epic Casino in 1995. The film told the story of Spilotro, now named Nicky Santoro and played by Joe Pesci, and “Lefty” Rosenthal, now called Sam “Ace” Rothstein and played by Robert De Niro.

Cullotta had confessed to two gangland slayings and now got to show off his skills on the silver screen. A weird case of a real hitman faking his actions on camera. Just another day in the rollercoaster ride that was the life of Frank Cullotta.