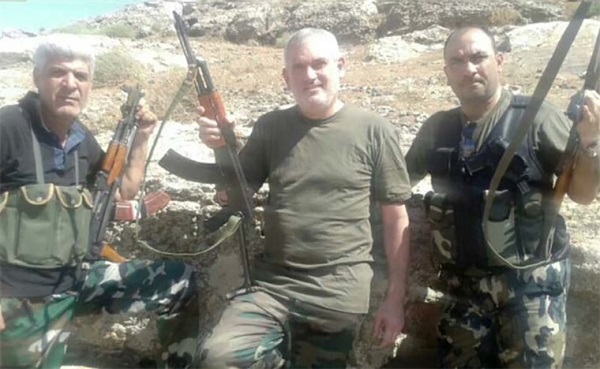 Adel El Zabayar, a former member of the Venezuelan National Assembly, was charged in Manhattan federal court on Wednesday with narco-terrorism, cocaine trafficking, and related weapons offenses involving the use and possession of machineguns and destructive devices, all based on his support of the Venezuelan Cártel de Los Soles and designated Foreign Terrorist Organizations Fuerzas Armadas Revolucionarias de Colombia (FARC), Hezbollah and Hamas.

“Cartel of the Suns”

Prosecutors allege that El Zabayar (shown in photo above, in center) is a member of the Cártel de Los Soles, or “Cartel of the Suns.” The Cartel’s name refers to the sun insignias affixed to the uniforms of high-ranking Venezuelan military officials. U.S. authorities claim the Cartel involves various high-ranking government officials, including Venezuela’s President Nicolás Maduro Moros, who use their position to facilitate the importation of tons of cocaine into the United States.

The Cártel de Los Soles has worked in coordination with designated Foreign Terrorist Organizations, including the FARC, Hezbollah, and Hamas. El Zabayar, in particular, has, among other things, participated in weapons-for-cocaine negotiations with the FARC, obtained anti-tank rocket launchers from the Middle East for the FARC as partial payment for cocaine, and recruited terrorists from Hezbollah and Hamas for the purpose of helping to plan and organize attacks against United States interests.

Activities in the Middle East

For example, in or about 2014, El Zabayar participated in several meetings with Diosdado Cabello Rondón, the president of Venezuela’s National Constituent Assembly and a member of the Cártel de Los Soles, at a military base in Caracas, Venezuela. During the meetings, Cabello Rondón directed El Zabayar to travel to the Middle East to obtain weapons and recruit members of Hezbollah and Hamas to train at clandestine training camps located in Venezuela.

Cabello Rondón explained during the meeting, among other things, that the purpose of recruiting members of Hezbollah and Hamas to train in Venezuela was to create a large terrorist cell capable of attacking United States interests on behalf of the Cártel de Los Soles. El Zabayar agreed. Several months later, after El Zabayar returned to Venezuela from the Middle East, El Zabayar, Cabello Rondón, and others traveled together to a hangar controlled by Maduro Moros at the Simón Bolívar International Airport in Maiquetía, Venezuela, where El Zabayar received a Lebanese cargo plane full of weapons, including rocket-propelled grenade launchers, AK-103s, and sniper rifles, that El Zabayar had obtained while he was in the Middle East, as Cabello Rondón had directed.

During the course of El Zabayar’s activities on behalf of the Cártel de Los Soles, El Zabayar also acted as a liaison between the Venezuelan government and Syrian president Bashar Hafez al-Assad, fought in Syria on behalf of Assad’s Hezbollah-backed forces in or about 2013, and appeared in at least two interviews released by Al Manar, Hezbollah’s terrorist-designated propaganda arm, in or about 2013 and 2014. 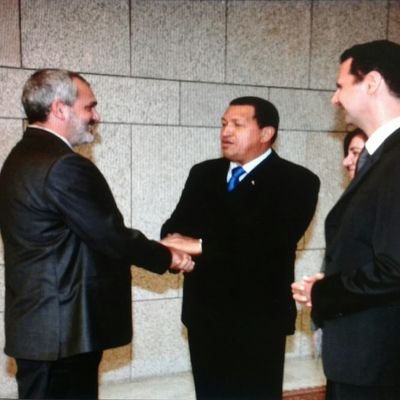 “As alleged, Adel El Zabayar was part of the unholy alliance of government, military, and FARC members using violence and corruption to further their narco-terrorist aims,” said U.S. Attorney Geoffrey Berman. “El Zabayar was allegedly a key part of the apparatus that conspired to export literally tons of cocaine into the U.S. We further allege today, for the first time, that the Cártel de Los Soles sought to recruit terrorists from Hezbollah and Hamas to assist in planning and carrying out attacks on the U.S., and that El Zabayar was instrumental as a go-between. Allegedly, El Zabayar obtained from the Middle East a cargo planeload of military-grade weaponry. With today’s charges, El Zabayar […] faces the possibility of life in a U.S. prison if and when he is apprehended.”