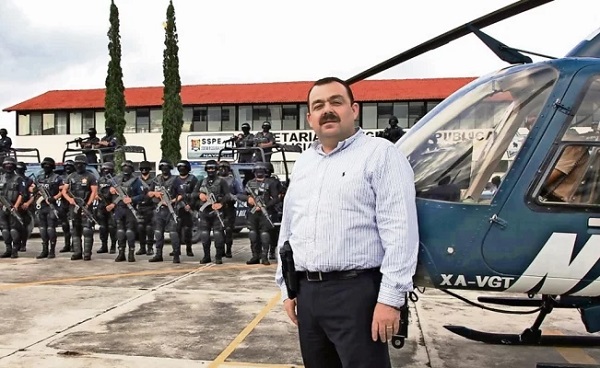 Nothing is more despicable than a public servant abusing the trust citizens placed in him or her. Especially when so many people suffer by his or her actions. Like in the case of Edgar Veytia, the former State Attorney General for the State of Nayarit, Mexico, who participated in an international heroin, cocaine, methamphetamine and marijuana manufacturing and distribution ring responsible for importing illegal drugs from Mexico to the United States.

Veytia, a dual citizen of the United States and Mexico, had pleaded guilty and was sentenced on Thursday to 20 years in prison. He was also ordered to pay $1 million dollars in forfeiture. It is nothing compared to the damage he has inflicted on others.

He used his position as the top law enforcement officer in the State of Nayarit to assist and sanction the state’s dominant H-2 Cartel, a violent Mexican drug trafficking organization which also operated in Sinaloa, Mexico, that was previously led by Juan Francisco Patron Sanchez.

In exchange for monthly bribes, Vetyia directed other corrupt Mexican law enforcement officers under his supervision to assist the H-2 Cartel, released members and associates of the cartel from prison after they had been arrested for drug trafficking-related crimes, instructed corrupt Mexican law enforcement officers to target rival drug traffickers for wiretaps and arrests and assisted the H-2 Cartel in carrying out murders and other acts of violence. In addition, Veytia assisted the H-2 Cartel in covering up the murder of a rival drug trafficker in October 2015.

“We are coming for you”

“When Joaquin "El Chapo" Guzmán was sentenced to life imprisonment, we warned that there were more days of reckoning to come. The sentence imposed on this corrupt Mexican government official makes this just such a day,” stated United States Attorney Richard Donoghue. “Neither Mexican cartel leaders nor corrupt officials who assist them should sleep well tonight. We are coming for you.”