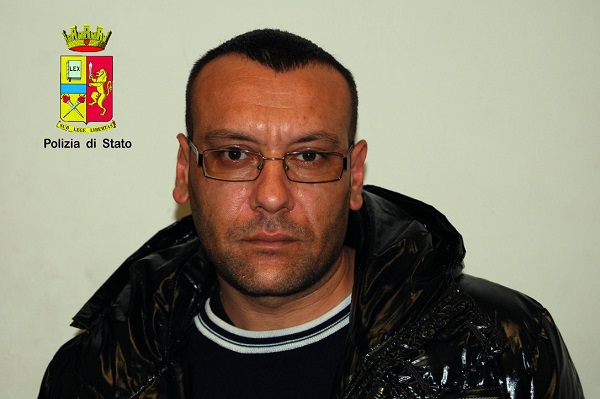 Police in Italy arrested wanted ‘Ndrangheta boss Domenico Bellocco yesterday. The 44-year-old is considered a rising star within the Calabrian Mafia and an important player in the cocaine pipelines between Europe and South America.

Bellocco was arrested at a farm in Mongiana, a mountainous town in the Vibonese area of Calabria, but very close to Piana di Gioia Tauro, where his ‘Ndrangheta clan has its home base. He had been a fugitive for a year now after authorities busted one of his drug rings in November 2019. Investigators had discovered the crew smuggled containers filled with cocaine from Argentina to the port of Gioia Tauro, Calabria.

The wanted fugitive was able to evade capture by using the identity papers of a living citizen. It was unclear whether this person was cooperating willingly with the ‘Ndrangheta or whether he was forced.

Bellocco faces various charges ranging from Mafia association to drug trafficking. Authorities say he is the kingpin behind various shipments from Buenos Aires, Argentina. From Calabria, Italian newspaper Repubblica reported, cocaine was then distributed throughout half of Italy, with a focus on Rome, Tuscany, Lombardy and Veneto. The ‘Ndrangheta is also heavily involved in money laundering in these cities.

Video of the arrest: