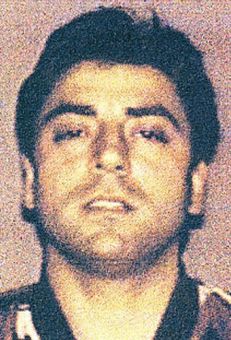 Francesco "Franky Boy" Cali was born in New York on March 26, 1965, the son of Sicilian parents who were doing pretty good. Back in Palermo, Sicily his father ran a store selling goods and electrical materials. In New York he opened a video store. His father's name popped up during investigations into the Pizza Connection, but he was never arrested and has a clean record. When Frank Cali marries Rosaria Inzerillo, the connection to Cosa Nostra can no longer be denied. Rosaria is the sister of Pietro Inzerillo, a Gambino Family wiseguy. The Inzerillo family is well known within mafia circles. They were keeping a low profile in the US because they were among the losing families and had been banned from Sicily. But they were eager to get back in the game. This was the family Franky Boy was now a part of.

Of course Frank was operating in New York. And so he found an American mentor, who led him into the underworld there, and taught him how to behave. That man was John "Jackie" D'Amico a capo in the Gambino crime family and close friend of John Gotti. With blood relatives who were Sicilian Mafia royalty and a dear friend that was a capo in a major New York crime family Frank Cali began his rise in the world of La Cosa Nostra.

Cali kept a very low profile, but by 1997 he is alleged to have become a made guy in the Gambino crime family. Gambino turncoats later confirm his member status, and add that he is one of the rising stars.

By the 1990s Cali owns several companies, which all operate in the food or construction business. He seems to have made it as a legit businessman, but things are not as they seem. By the early 2000s Cali's name is becoming known to law enforcement as the name of the man who is the link between the American and Sicilian Mafias. Sicilian bosses are overheard on wiretaps talking about Franky Boy with much respect, saying: "He's our friend and he is everything over there." The FBI monitors numerous trips made by the Sicilians from 2003 through 2006 and they always visit their friend from "the other side" Francesco Cali.

The FBI has strong suspicions that these trips are made to establish and manage a drug route between Europe and the US, where Cali's companies are used to import the dope. The men visiting Cali are no simple soldiers but respected leaders like Filippo Casamento and Gianni Nicchi. Casamento is a veteran who is in his early 80s and has seen it all. Nicchi is in his mid twenties but already considered a leader within Sicilian Cosa Nostra. 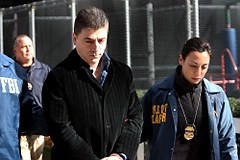 Dealing with powerful Sicilian mafiosi Franky Boy too had allegedly climbed a notch, becoming an acting capo in the Gambino family. His enhanced status both in the US and Sicily not only meant more power but also more heat. And in February of 2008 Cali and over sixty other Gambino wiseguys were arrested and hit with various charges. Cali's mentor and acting boss John D'Amico was also arrested. Things were looking bleak.

But what should've been the destruction of the Gambino Family turned into a deception when its leadership and most members made lenient plea deals where the maximum sentence was three years in prison.

On June 3, 2008 Frank Cali admitted that he took part in an extortion conspiracy to get money from a trucker who was doing work at a Staten Island NASCAR construction site. Under this plea deal Cali faces up to 24 months in prison. But if a large number of the other arrested mobsters also plead guilty, he could be set free by the end of the year. I think that when he is released his voicemail will be booming with messages, so to speak.

Frank Cali's star continues to rise fast. On August 20, 2015, Jerry Capeci's Gangland News website reported that Cali was promoted to the position of acting boss. On March 2, 2019, Cali was shot and killed in front of Staten Island mansion. Read the full story on that hit here.