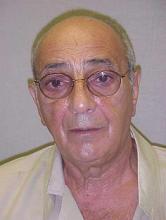 When you ask people about their favorite scene in the classic mob movie Goodfellas, a lot will answer they loved the "You think I'm funny? I'm funny how?" scene. The scene illustrates perfectly how mobsters could go from having a casual dinner where they are laughing, to cold blooded intimidation and perhaps murder, back to joking around. Joe Pesci based his performance on a childhood friend, who by then had become one of New Jersey's most vicious wiseguys. His name is Robert Bisaccia.

Robert Bisaccia was born on April 17, 1935. His criminal record dates back to 1958 and by the 1970s he was considered a ruthless mobster connected to the Gambino Crime Family. Around 1984, authorities say, he was made a captain in the Gambino Family, and given the task of running the family's New Jersey faction. That faction was involved in gambling, loansharking, drugs, and labor racketeering.

By the 1980s John Gotti was the new boss and he and Bisaccia got along just fine. According to turncoat Gambino underboss Salvatore "Sammy the Bull" Gravano, Gotti selected Bisaccia to be the shooter in a hit because he found him "nervy" and good with a gun. Gotti was not disappointed. The victim was found with five bullet holes, one of those between the eyes. 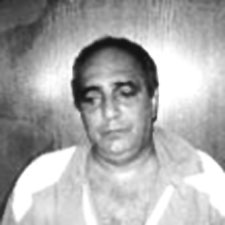 In April of 1989 Bisaccia and his crew were arrested and hit with various racketeering charges. Bisaccia was charged with conspiring to burglarize the northern offices of the New Jersey Attorney General's Organized Crime Task Force and destroy the evidence against his crew by setting the building on fire. In 1993 he and his crew were found guilty. Bobby Cabert was sentenced to 40 years in prison, which later was reduced. But thanks to the testimony of Gravano Bisaccia was sentenced to life for the murder Gotti had ordered years back.

According to former mob associate Steve Lenehan a lot of people were relieved when Bisaccia went away. "No one said it out loud, but when they gave him 40 years almost everyone, including his own crew said good riddance." Bisaccia was known as a degenerate gambler who would try and get money from anybody. And he didn't mind if you or your feelings were hurt along the way.

Robert Bisaccia didn't have a lot of good qualities. He lied, robbed, stole, and murdered his way through life. But when it was time to pay the price, that's just what he did. He stood up and went to prison to serve a life sentence. On November 30, 2008 he died of cancer at a federal prison hospital in North Carolina at age 73.

I would not like to meet this guy on a dark and lonely night.And I certainly wouldn't like to have owned this guy money !