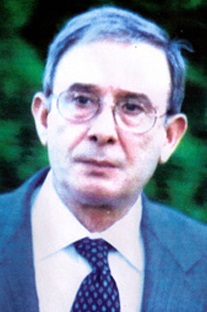 Ever since mob boss John Gotti drove by the dead body of his predecessor Paul Castellano, the Gambino crime family in New York has been ruled by him or one of his men. Be it his son Junior, his brother Peter, or his friend Jackie, Gotti’s grip on the family was firm and outlasted his own life. In 2011, that grip was broken when Domenico Cefalu brought the Gambinos under Sicilian rule.

It is only fitting that Gotti’s reign was ended by a “Zip,” which is mob slang for a Sicilian Mafioso. Zips were viewed as more secretive and violent than their American counterparts. Because they were raised in the “old country,” Zips were thought to be more disciplined in the rules and codes of Cosa Nostra. Whenever the mob needed help in getting rid of an enemy, the Zips were seen as the right men for the job.

But American mobsters were also hesitant to trust them. The Zips spoke in a rapid Sicilian dialect which was hard to understand for many of the Americanized mobsters. Americans also had doubts about their loyalties. Were they “with” the American family or were the zips still answering to the big bosses back home in Italy?

These and various other reasons caused the Zips to function mainly as independent crews within American families. But that didn’t stop them from expanding their operations. The Bonanno family had a very powerful Sicilian faction that briefly seized control of the family after they had lured their former boss and supporter Carmine Galante to his death.

Even if they were not trusted one hundred percent, they still made a boatload of money with narcotics trafficking and cash was always a great way to “buy” trust. Though many Mafia bosses had prohibited their underlings from getting involved in drugs most of them turned a blind eye when they received the bulging envelopes that were the end result. Besides, when a Zip dealt drugs it was easy for bosses to distance themselves from “those” reckless Sicilians.

Sicilian-born Domenico Cefalu started out in typical Zip fashion as an associate of the Gambino crime family. On June 24, 1981, he was arrested in New York and charged with “conspiracy to import heroin and violating bank secrecy laws.” He was convicted on the heroin conspiracy charges and sentenced to eight years in prison. He would eventually serve six years. 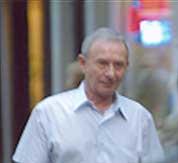 Cefalu (right) did his time and kept his mouth shut. When he got out he went right back to the Gambinos. In 1991, John Gotti made him a member and placed him under captain Pasquale Conte. After Gotti Sr. died of natural causes, Cefalu attended his 2002 wake.

In the years that followed his induction into the Gambino family, Cefalu kept showing he was well-versed in Cosa Nostra rules, especially “omerta”. On June 13, 1995, Cefalu was charged with contempt of court and sentenced to 33 months in prison when he refused to answer questions before a grand jury investigating his capo Conte.

Back on the streets Cefalu slowly but surely moved up the ladder. The Gambino family’s Sicilian faction had strong ties to Sicily, with several Sicilian Cosa Nostra leaders visiting New York to meet, and party, with their American colleagues.

Arrests had weakened the Gambinos considerably and by the mid-2000s the Americans were looking at their talented and disciplined Sicilians for leadership. John D’Amico, the family’s acting boss and a longtime Gotti ally, made Cefalu his underboss.

Unfortunately for Cefalu, the Feds were not finished with hammering away at the Gambinos. Even worse: They had their eyes on the family’s Sicilian contacts as well.

On February 7, 2008, federal agents arrested more than 60 mobsters in the U.S. and Sicily as they wrapped up Operation Old Bridge, an investigation into the Gambino family’s rackets and its Sicilian connections.

The indictment listed the entire leadership of the family, including boss John D’Amico, consigliere Joseph Corozzo, several Gambino captains, two relatives of John Gotti, and over twenty Sicilian Mafiosi including boss Gianni Nicchi, who was seen as the Sicilian emissary to New York and had been partying with Gambino capo Frank Cali.

And, of course, underboss Domenico Cefalu (right) was placed in handcuffs as well.

Operation Old Bridge was hailed as a grand indictment at first, but it turned out to be somewhat of a blank. Most of the Gambino wiseguys got off with short prison sentences. Among them the entire family administration. Cefalu pleaded guilty to extortion and received a two year sentence.

He admitted using his influence as Gambino mob underboss and the crime family’s control of the cement industry in Staten Island, New York, to illegally tax and “extort” companies wanting to set up shop or operate there.

In the summer of 2011, Jerry Capeci reported that Cefalu had become the new leader of the Gambino crime family. Despite his name being blasted across the front pages of New York tabloids, Cefalu maintains a low-key appearance that in no way resembles the life of a crime boss.

Officially, he works as a salesman for a baking supply company. He lives with his mother in Bensonhurst, Brooklyn. The same area where, authorities allege, the Gambino family’s Sicilian faction has its base of operations, around 18th Avenue.